In addition to extensive overseas promotion, Chinaplas spares no effort in promoting the local industries. Recently, China Central and Western Regions Plastics Industry Alliance joined as a new member and became a supporter of Chinaplas. It is learnt that the Alliance, which was found in May 2018, thoroughly implements the Belt and Road Initiative suggested by the country, as well as the principles and policies of the "Guiding Opinions of the State Council on Central and Western Regions Undertaking of Industrial Transfer", fostering communication and interaction among stakeholders in the plastics industry in the central and western regions.

"We have joined hands with the Alliance for the purpose of promoting the development of the plastics industry in Central and Western China," mentioned Ada Leung, General Manager of Adsale Exhibition Services Ltd., the organizer of Chinaplas. "The coastal regions in the east have a notable leading role in innovation and development, but the supply of resources like land is tight and the labor cost is high, whereas the central and western regions, after 40 years of reform and liberalization, have a significantly improved economic level, rich resources, low factor costs, and optimized infrastructures and investment environment, which can be an important force to undertake the industrial transfer in China. As the manufacturing industry in the eastern coastal area advances into the central and western regions, the industry clusters in the latter are brought to the next level. We can feel deeply that these regions are becoming more prosperous and vibrant." 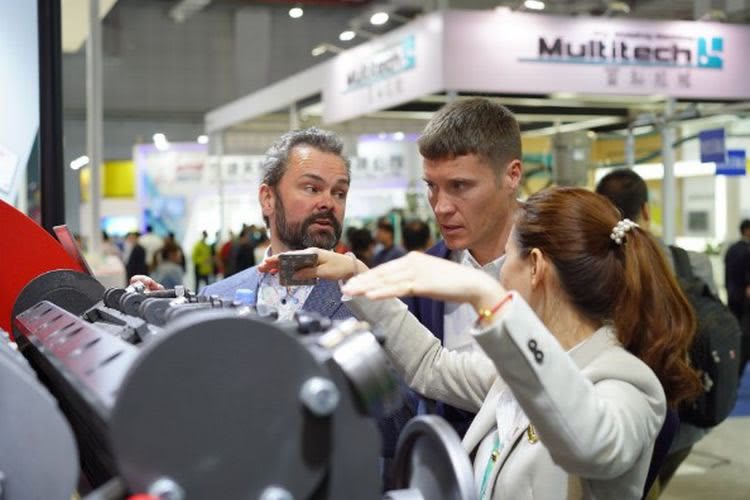 In recent years, the development performance of the central and western regions is particularly notable. In 2017, the export value of laptops of Chongqing (the largest municipality in Southwest China) amounted to RMB 128.51 billion (about USD 18.5 billion), making the city the world's biggest cluster for laptops. It is also where Hewlett-Packard, the world's biggest PC manufacturer, set up its manufacturing plant. Chongqing is also an industrial base of automotive in China with many brands including Changan Automobile, Changan Ford, SCMW, Lifan, BAIC Yinxiang, DFSK, etc. Wuhan (a city in central China), which is rapidly developing a trillion-dollar industry cluster of automotive and parts, manufactured 1.89 million passenger vehicles in 2017. The production value of the automotive industry reached RMB 360 billion (about USD 51.8 billion), which demonstrates a strong momentum. Henan Province in the central area produced more than 250 million smartphones in 2017, becoming the largest production base for smartphones. The five major industries, including equipment manufacturing, food manufacturing, new materials manufacturing, electronics manufacturing, and automobile manufacturing, have gradually achieved a leading position, developing a trillion-dollar industry cluster. Hefei city of Anhui Province is a production base for household appliances in China, in which many famous home appliance enterprises like Meiling, Royalstar, Haier, Midea, and Whirlpool are located, and tablet displays and electronic information industries are rising quickly and catching up intensely. According to statistics, in the first three quarters of 2018, the export volume of the central and western regions amounted to RMB 1.95 trillion (about USD 280.8 billion), with an increase of 13% and a growth rate 6.5% higher than the overall rate.
Read more:
Polymer industry 583
Packaging industry 393
Fairs 1015
Circular economy 264
Ecology 197
Sustainability 297
Recycling 605