In his welcome address, Mr. Arvind Mehta, President, PlastIndia Foundation, said: - The Indo-US Summit Plastics Industry Summit is a pioneering initiative by PlastIndia Foundation which will redefine technology trade from US to India and product trade from India to US. For India, USA is a very important market and it continues to be the number one export destination with exports touching close to 350 million USD in 2007-08.

Participating in the discussion Shri Gopal Pillai, Secretary, Ministry of Commerce Secretary, said that the stimulus package announced by the government would start showing its impact in the next few months. This impact, when converted into higher consumption, would benefit several sectors.

Commenting on the Indo-US relationship Mr. Pillai emphasized that the partnership goes far beyond nuclear deal and encompasses several aspects of economic development.

The International Conference, an integral part of PlastIndia 2009 proved to be an effective platform for experts to share knowledge and explore global trends, innovations and opportunities in Indian Plastics sector. 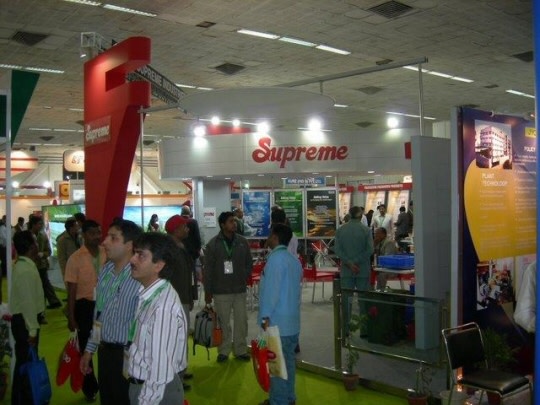 The speakers were unanimous in highlighting that the global downturn is indicating a positive sign for emerging economies like India in the plastics sector. The world is now shifting focus from developed economies to Asian region on these verticals.

At the International Conference, Shri Bijoy Chatterjee, Secretary, (Chemicals & Petrochemicals), said: - We feel that plastics industry in India is reducing the impact of the global downturn. In the first nine months, the exports have registered a growth of 10 per cent and we expect the momentum to continue for the rest of the year.

PlastIndia Foundation has been attempting to establish relationships with like minded prominent bodies across the world. With this motive in mind, a pioneering initiative to honour the representatives of the global plastics fraternity, a function was organized where 42 heads of Associations, Country Representatives were felicitated. Speaking on the occasion, Mr. Arvind Mehta made a special mention of the role played by these representatives in making PlastIndia 2009 a grand success. What this event would create is a global movement for the betterment of plastics with comes with unprecedented scale and unmatched diversity of experience, skill and knowledge.

PlastIndia 2009 also saw the curtain raiser for Asian Plastics Recycling and Waste Management Conference. Organized by PlastIndia Foundation in association with Asia Plastics Forum (APF), the conference was attended by experts from 12 countries. It focused on addressing technology options, opportunities, risks and concerns about plastics waste in India and other parts of Asia.

Speaking on the occasion, Mrs. Neelkamal Darbari, Joint Secretary, Dept. of Chemicals & Petrochemicals, stressed that: - An effective plastics waste management can be successful if government’s policy making, plastics industry bodies, municipalities and the citizens work closely together. Ms. Darbari said that the employment generation by plastics recycling industry is significant and it employs people mostly from lower strata of society. As an extension of this conference, a global contest was also organized to show case the recycling industry, recycled products, ideas were awarded prizes.
Read more: Fairs 864 Plastics 601 Market 470