Cooperation between BASF and Ineos

Ineos Industries Holdings Limited (Lyndhurst, UK) and BASF SE (Ludwigshafen, Germany) have announced their intention to combine their global business activities in styrene monomers (SM), polystyrene (PS), acrylonitrile butadiene styrene (ABS), styrene-butadiene block copolymers (SBC) and other styrene-based copolymers (SAN, AMSAN, ASA, MABS) as well as copolymer blends into a new joint venture called Styrolution. A letter of intent was signed by the two companies on November 29, 2010. The establishment of the joint venture is subject to approval by the appropriate antitrust authorities.

BASF has previously announced that it will carve out its styrenics activities by the end of 2010 and transfer them into separate entities. The carve-out will continue as planned and as of January 1, 2011, BASF’s styrenics activities will operate as a separate company with the name Styrolution. Ineos has also announced that it is to acquire the other 50% shareholding in its 50-50 styrenics joint venture, Ineos Nova, from Nova Chemicals. Upon completion of the proposed joint venture with BASF, Ineos will transfer these activities into the new Styrolution group. 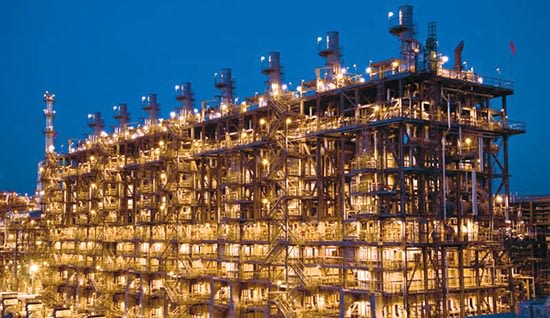 Expandable polystyrene is not part of the transaction. BASF and Ineos will retain their expandable polystyrene businesses. The SM/PS capacities in Ludwigshafen used to produce foam will also remain with BASF as well as the SM/PS business of BASF-YPC Co. Ltd., in Nanjing, China.

Styrolution will have a global presence and will offer significant benefits to its customers in the styrenics industry through enhanced efficiency, reduced costs and excellent service.

Based on figures for 2010, Styrolution is expected to generate annual sales of more than €5 billion. Company headquarters will be located in Frankfurt/Main, Germany. 50% of shares of the joint venture will be owned by BASF and 50% by Ineos. BASF will receive cash consideration following the completion of the transaction. The parties did not disclose any further financial details.

Roberto Gualdoni (54), who started his career at BASF in 1987, will be named CEO of Styrolution. In April 2010, Gualdoni became president of BASF’s Styrenics division. Christoph de la Camp (47) will become CFO of the new Company. De la Camp began his career with BP p.l.c. in 1994 and joined Ineos in 2005. He is currently the CFO of Ineos NOVA.

“The formation of the joint venture Styrolution together with Ineos is a further important step in our active portfolio management,” said Dr. Martin Brudermüller, member of the Board of Executive Directors of BASF SE. “It is our plan to create a leading player in the global styrenics market in terms of efficiency, safety, customer service, product quality and competitiveness. Therefore, the new joint venture with a sizeable partner like Ineos presents the best option to strengthen the business. Both partners complement one another with regards to their product and technology portfolio and global footprint.”

“The joint venture will deliver new opportunities for innovation and growth that will provide significant benefit to our customers,“ said Jim Ratcliffe, Chairman, Ineos Capital. “The world scale-assets will secure a sustainable and competitive business that is capable of meeting the long-term needs of a rapidly changing market. This is consistent with our long-term styrenics strategy.”

Ineos intends to contribute ABS production plants at sites in Germany (Cologne), Spain (Tarragona), India (Vadodara) and Thailand (Map Ta Phut) to the joint venture. Furthermore Ineos will contribute its SM and PS businesses to the joint venture, which includes Ineos and Ineos Nova sites in Canada (Sarnia), the United States (Indian Orchard, Joliet, Decatur, Texas City, Bayport), Germany (Marl), France (Wingles) and Sweden (Trelleborg). Ineos employs an approximate total of 2,200 people in its styrenics activities and is expected to generate sales of about €2 billion in 2010.

BASF and Ineos will continue to operate as strictly independent companies until the completion of the deal which, subject to the approval by the appropriate antitrust authorities, is anticipated in 2011.

The company belongs to the world’s leading manufacturers of calendered rigid films.