2018-09-20
German version
When introducing multidynamic three years ago, Engel set new standards for performance and efficiency in the use of linear robots. The software automatically adapts the speed of the robot movements to the current load and thus shortens the cycle time in many applications. Whereas the previous release was only able to optimise the speed of the linear axes as a function of the load, multidynamic now also controls the speed of the servomotor-driven rotary axes and therefore leverages further efficiency potentials. Engel is presenting the new development for the first time at Fakuma 2018 from 16 to 20 October in Friedrichshafen, Germany.

Traditionally the maximum speed and acceleration of the robot movements is designed for the maximum load-bearing capacity and the greatest possible strokes, but few applications fully exploit this spectrum. This is exactly where Engel comes in with multidynamic. When loads are lower and strokes shorter, Engel viper robots equipped with multidynamic move faster, thus enabling shorter cycle times.

The software belongs to the standard range of all Engel viper robots. It automatically controls the speed and acceleration as a function of the load, thus combining the shortest possible cycle times with the best possible precision, energy efficiency and service life of the mechanical components. The plant operator does not need to manually optimise the robot speed, a fact which accelerates the production process start-up.

Reduce handling times by a further 10 to 30 percent

What is new is that multidynamic calculates and automatically sets the optimum speed not only for the linear movements but also for the movements on the servomotor-driven rotary axes. The software determines the maximum allowable dynamics from the weight handled and the gravity distance from the rotary axes. Through this additional optimisation, the handling time can be reduced by a further 10 to 30 percent in rotation-intensive applications.

If the system detects an overload due to excessive handling weight or an increased distance to the centre of gravity, it outputs a warning message for the system operator and thus actively contributes to preventing excessive wear on the mechanically-driven components, or even system failure. 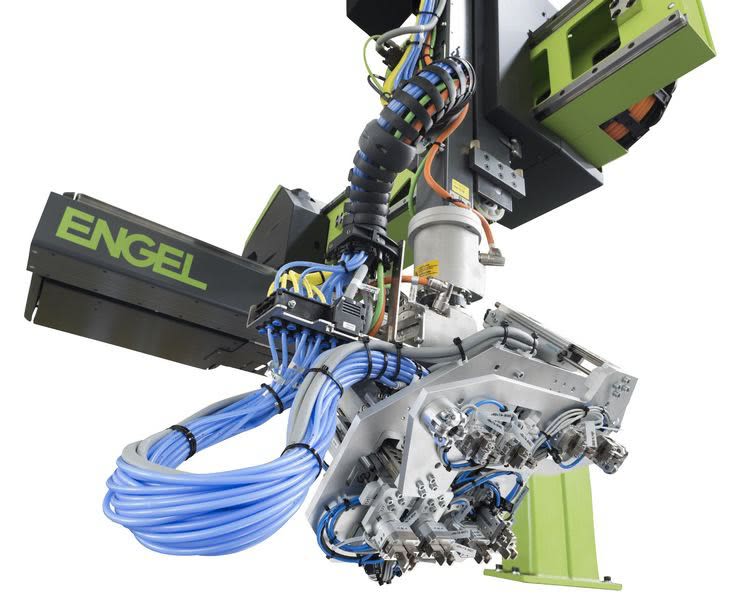