Wittmann Battenfeld with new VPower at the Fakuma 2018

2018-08-02
At this year's Fakuma in Friedrichshafen from 16 to 20 October, Wittmann Battenfeld will present its new, vertical Vpower under the motto "be smart" in Hall B1, booth 1204. With this machine model, Wittmann Battenfeld is now also offering its vertical machine series in the PowerSeries design.

The prototype of the new VPower was shown for the first time in June of this year to customers and business partners of Wittmann Battenfeld who were invited to the company’s 10th anniversary celebration as. At this year's Fakuma, it will now be introduced for the first time to the general public. Following its integration into the Wittmann Group 10 years ago, Wittmann Battenfeld started to redesign its entire portfolio of machinery. The range of machinery known by the name of PowerSeries is now well established in the market. With the development of the VPower, the company's vertical machine models are now also being remodeled to fit the PowerSeries design. The new VPower stands out primarily by its high energy efficiency, compactness and user-friendliness. The machine’s generously dimensioned rotary table is powered by a servo-electric drive as standard and laid out for short rotation times. The injection unit can be converted from vertical to horizontal and vice versa even after commissioning. Moreover, the absence of a central tie-bar enables central media supply from below through the rotary table or the installation of a compact rotary manifold. Thanks to its open design, the machine is ideally suited for the integration of automation systems with insert feeding and finished part removal functions. At the Fakuma, the functionality of the new VPower will be demonstrated with a VPower 160/750 featuring a rotary table 1600 mm in diameter. The presentation will focus on the machine itself. 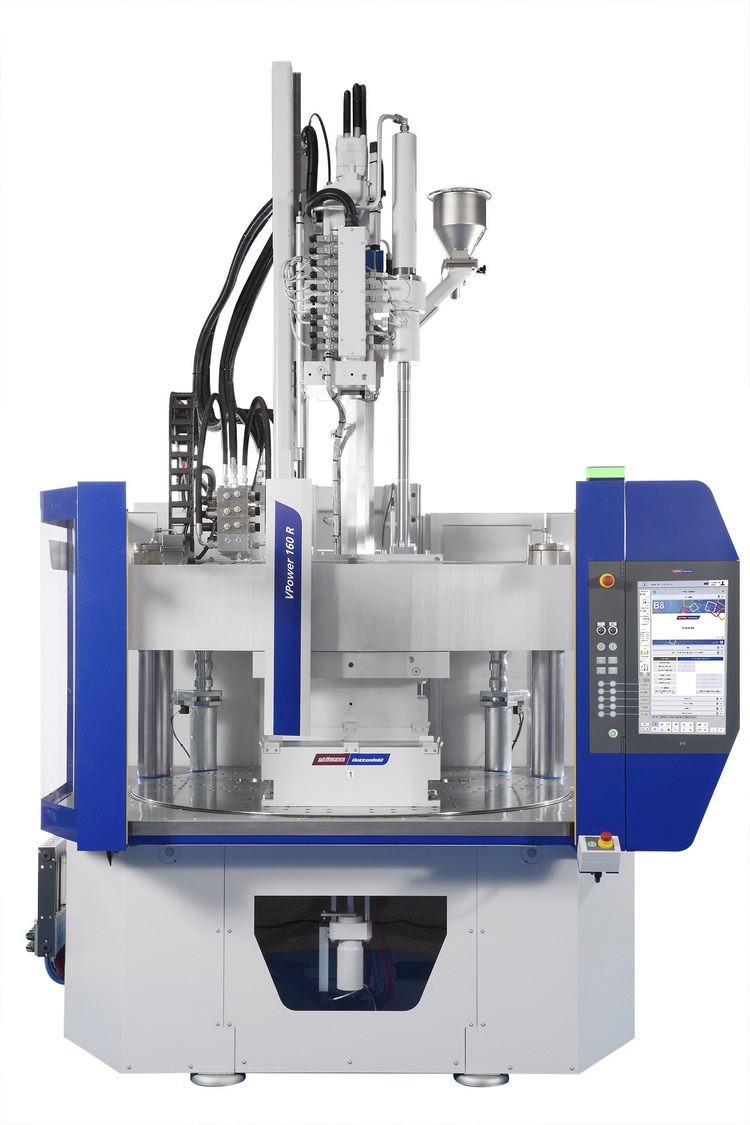 At the Fakuma, the smallest machine of this series will be shown producing a lid made of PP (Borealis, Austria) with a 4-cavity mold, using IML technology from Wittmann. The IML system is a high-speed model with a W837 side-entry robot. With the help of anticipatory signal exchange transmitted in real time between the machine and the robot, the mold opening time can be limited to an absolute minimum. The lids are produced within a cycle time of roughly 3 seconds. The machine will be equipped with the CMS condition monitoring system from Wittmann Battenfeld, which ensures continuous condition monitoring of its most important parameters.
Read more: Injection moulding press/machines 610 Robots 53 Machine elements 17 Interesting details 39 Fairs 869 Novelties 191 Machine industry 558