The market is in turmoil. The escalating Russian-Ukrainian war is distracting from the deal. An unprecedented situation, market participants do not know how to react. The great military thinker Carl von Clausewitz wrote: "Much of the news in the war is contradictory, much more is false, and most is quite uncertain." This is also due to the fact that the situation in the polymer markets is characterized by divergent actions and uncertainty on the part of both polymer producers and converters.

Both Western and Central European polymer producers reacted to the clear monomer price increase in March with varying degrees of price increases; They raised their prices between 50-135 €/t. Moreover, the Serbian polyethylene producer, which carries out weekly pricing, still offered its products at the February price. Converters were shocked by the higher-than-expected price increase, so few still bought at the new prices. The most sought after products were those at February prices.

This week, the Russian polyethylene producer announced its March prices in Poland and the Baltics, prices 30-50 euros higher than in February. However, Russian orders were already characterized by continuous delivery delays in February. And now not only delivery delays but also the extension of SWIFT sanctions are in the air. You can even hear political ideas even about the introduction of an import ban. Other Russian producers are trying to bring as many batches into the EU as possible before extending sanctions, especially to meet their contractual obligations. It can already be seen that the demand for Russian polymers has fallen partly due to moral reasons and partly due to uncertainty. And it is steadily declining in the NCE (North Central Europe) region, which covers the Baltics and Poland.

Turkey is likely to have a major impact on the Central European polymer market again. Russian polymer producers have a market share of 4.6% (103,927 tons) in the Turkish market for polyethylenes; for polypropylenes it was 7.3% (186,203 tons) in 2021. This average of 24,000 tons of polymer per month will be missing from Turkey, for the time being for logistical reasons and later due to the extension of sanctions. But it is also difficult to solve the logistics for Azeri and Central Asian polymers. Therefore, an absorbtion effect similar to November 2020 is expected to start; Turkish traders are starting to buy cheap stocks available in the SCE (South Central Europe) region. This is constantly raising market prices. This is supported by the fact that Turkish polymer prices have suffered triple-digit price increases over the past week, with import prices rising in both the Middle East and North America and further price increases are expected. The local manufacturer tried to follow the price increase.

The supply of the SCE region will be reduced not only by the Turkish absorbption effect, but also by the shutdown of Rompetrol in March and the maintenance of the MOL Group starting in April.

The tight supply will also appear in the rest of Central Europe in the coming weeks. And that means a clear rise in prices. The sharp rise in oil and NAPHTHA prices, as well as a record weakening of the euro, is expected to be exacerbated by another contracted monomer price announcement in mid-March. 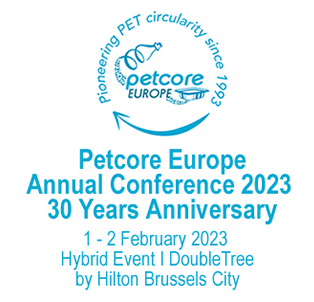