On track for success with the "Road to Digitalisation"

Arburg presented its training and service offerings, including the Arburg Remote Service ARS and an example of predictive maintenance on a hydraulic Allrounder 370 S.
The potential of the Freeformers and Arburg Plastic Freeforming (APF) was demonstrated based on the example of functional medical technology parts made from TPE (Medalist).

Since 2015, Arburg has been represented with a separate recruiting stand in hall A3 at the Fakuma. This year, employees from the HR department advertised more than 40 vacancies for skilled personnel and young professionals in Germany alone – from service-technician through to key-account-manager positions. They also advertised attractive offerings relating to dissertations, practical semesters and internship places.

Arburg - biggest exhibitor at the Fakuma

As the biggest exhibitor, Arburg presented the "Road to Digitalisation" as well as six injection moulding machines and one Freeformer for additive manufacturing on its 1,240 square-metre exhibition stand. Ten further exhibits were on view at partner stands. 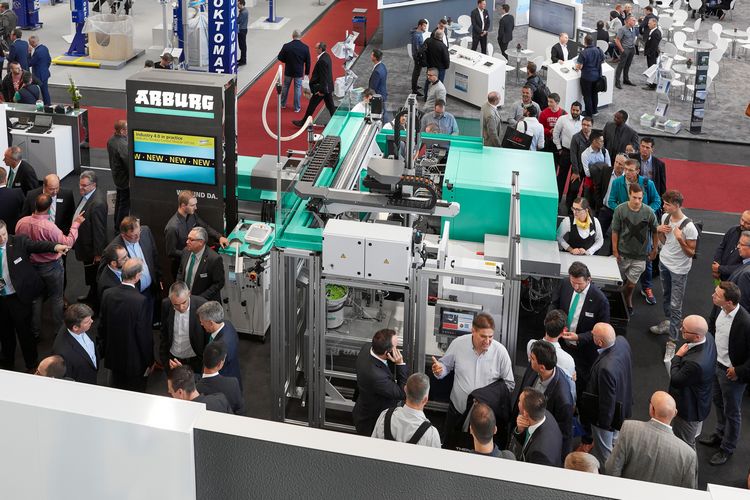 As a co-founder of the Fakuma, the Lossburg company has been convinced by the trade fair and its informal working atmosphere since 1981. In addition to visitors from Germany, Austria and Switzerland, international guests from far afield travelled to the Lake Constance venue. On each day, more than 200 Arburg employees from more than 30 countries were present at the exhibition stand to provide individual support and consulting to existing and prospective customers.