Indaver, a leader in sustainable waste management and INEOS Styrolution, global leader in styrenics, announced yesterday the first production of “ABrS”, i.e. ABS with the styrene component based on recycled feedstock.

The production of ABrS is a significant milestone in the project, funded by the EU LIFE programme, the European Union’s funding instrument for the environment and resource efficiency.

The project, called LIFE ABSolutely Circular aims at demonstrating the environmental and economic benefits of using advanced recycling technologies to close the loop of plastic recycling.

An initial key objective of the project is to demonstrate for the first time the production of ABS based on recycled feedstock taking advantage of advanced recycling technologies. The project is also planned to demonstrate scaling of the solution from lab scale to demo plant and ultimately to commercialisation.

Production of ABrS offers up to 30% lower greenhouse gas footprint compared to production of native ABS.

Petra Inghelbrecht, project leader for the ABSolutely Circular research project, comments: “The first production of ABrS at lab scale is a successful proof of concept. With the upcoming construction of a polystyrene recycling plant and an ABrS mini-plant in Antwerp becoming operational, we will be able to make another significant step forward towards production of ABS from recycled feedstock at commercial scale.” 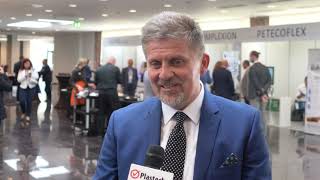