2015-08-18
Tweet
The Talke Group has accomplished a further significant milestone with one of its largest new build projects in Europe so far: the LDPE 4 logistics facility for the Slovakian Slovnaft Group has been completed on schedule.

Acting as general contractor, Talke has successfully finished the complete construction of the facility. Last quality assurance measures, such as performance tests under real-life conditions, are currently being held.

The silo farm with 28 silos is the heart of the logistics plant for the storage and handling of polyethylene granules. The new logistics complex is fed directly from the production facility and is designed to handle up to 220,000 metric tons polyethylene per year. The new facility on the premises of the petrochemical division of Bratislava-based Slovnaft Group includes warehousing and packaging capacities, offices, traffic routes and manoeuvring areas. In addition, Talke's design comprises two bagging lines, three loading stations for bulk cargo and the product transfer lines leading from the degasification silos to the storage silos.

Slovnaft has invested more than €300 million into the manufacturing of basic plastics. Much of the budget was earmarked for construction of the new LDPE line, which exceeded €200 million. Furthermore an ethylene unit was overhauled, from which raw materials will be produced for manufacturing polyethylene and polypropylene. Start-up of the new LDPE4 unit is scheduled for this year. 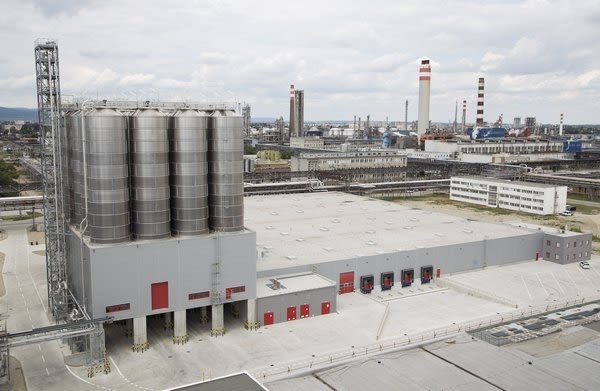