2010-11-04
Tweet
It became clear that amongst the international experts attending a further shift towards overseas visitors has taken place. At K 2007 57% of all foreign guests still came from Europe; this year this percentage was down to 54%.

This means the proportion of experts from overseas rose to 46% of all international guests. The biggest group here came from Asia – with approximately 30,000 experts. With about 11,000 guests the Indian subcontinent again accounted for the largest share of Asian visitors. A substantial increase was also registered in the number of trade visitors from Turkey and from Israel with 4,100 and 3,600 business people, respectively (compared to 2,800 and 2,300 at the previous event). Compared to K 2007 there were also more visitors from Egypt, Brazil and the United Arab Emirates. 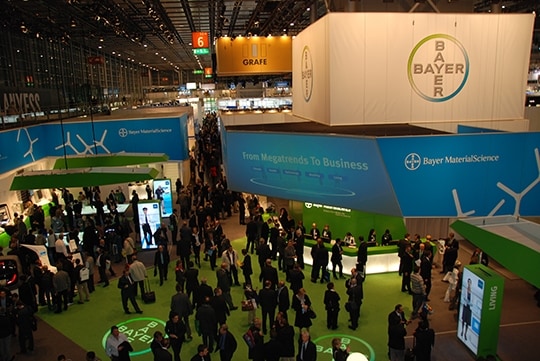 With 10,500 business people the number of guests from Latin America as a whole has remained unchanged; to the tune of 6,800 trade visitors came from the USA and Canada.

Visitors from neighbouring European countries were dominated by France and the Netherlands (with approx. 7,000 visitors each) followed by Italy, Belgium and Austria.

For roughly two thirds of all the visitors polled machinery and equipment building ranked first in terms of interest in ranges. 48% – and hence 7% more visitors than at K 2007 – stated their interest in raw materials and auxiliaries while for 26% semi-finished products and technical plastics and rubber components were the major reason for their attendance (multiple choices possible). 62% of all visitors represent top and middle management.

K 2010 got full marks from visitors for the ranges on display in the 19 exhibition halls. 97% of all experts praised the event saying they fully achieved the aims of their visit.

Plastics can look forward to a bright future as a material for creative ideas, particularly in the field of energy efficiency and saving resources. This insight was not only reflected by numerous examples on show at the exhibitors’ stands from 56 nations. The Special Show “Visions in Polymers” also picked up on this theme meeting with great interest among experts from throughout the world. Film sequences, selected exhibits and discussions with experts from industry and science highlighted the development trends on the horizon and the novel applications the future can bring. The German plastics industry was responsible for the organisation of “Visions in Polymers” under the aegis of PlasticsEurope Deutschland e.V. and Messe Düsseldorf. 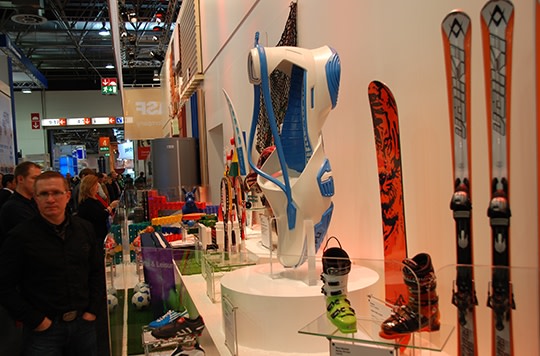