2018-09-14
Before PolyOne introduced Versaflex XP shock absorbing TPEs to the market, it reached out to an independent testing lab to understand just how well these new materials perform relative to TPUs, one of the most commonly used materials in phone cases.

Shock absorbing TPEs are the latest technology developed by PolyOne specifically for phone cases. This material was repeatedly subjected to severe impact during tests in which two iPhone 6/7 cases were dropped from an industry-standard range of heights, from 4 to 14 feet. Both iPhone cases used TPU on the exterior, while the control case used TPU on the interior and the second case used shock absorbing TPEs on the interior.

The Shinyei Technology Drop Tower D-202 Series dropped each phone case three times, on the same corner of the phone, at each drop height.

To compare performance, the internal iPhone accelerometer measured the Peak G impact force upon the phones when dropped. The lower the peak G value, the less potential damage is done to the phone. Results showed Versaflex XP shock absorbing TPEs absorbed up to 10 percent more impact than TPU at drop heights of 4 - 8 feet, and over 25 percent more impact at 10 - 14 feet. In addition, the tests showed that a case made with Versaflex XP TPE dropped from 14 feet performs nearly the same as a TPU case dropped from 10 feet. 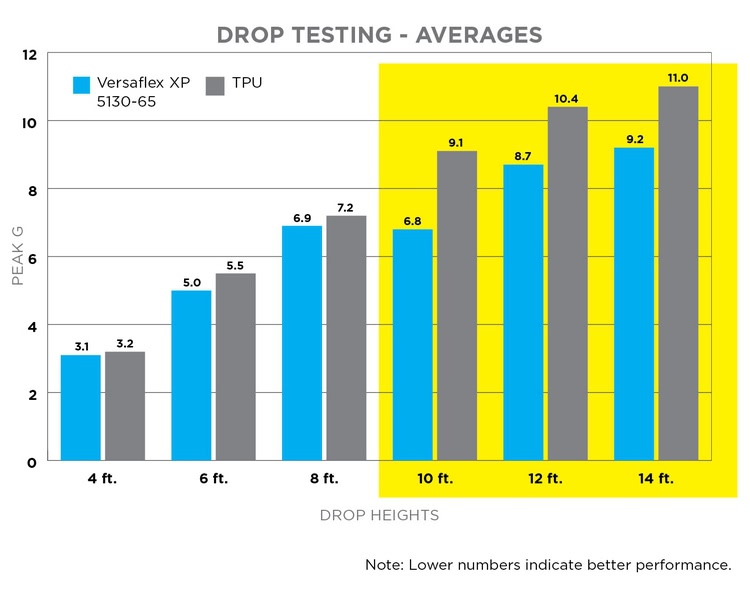 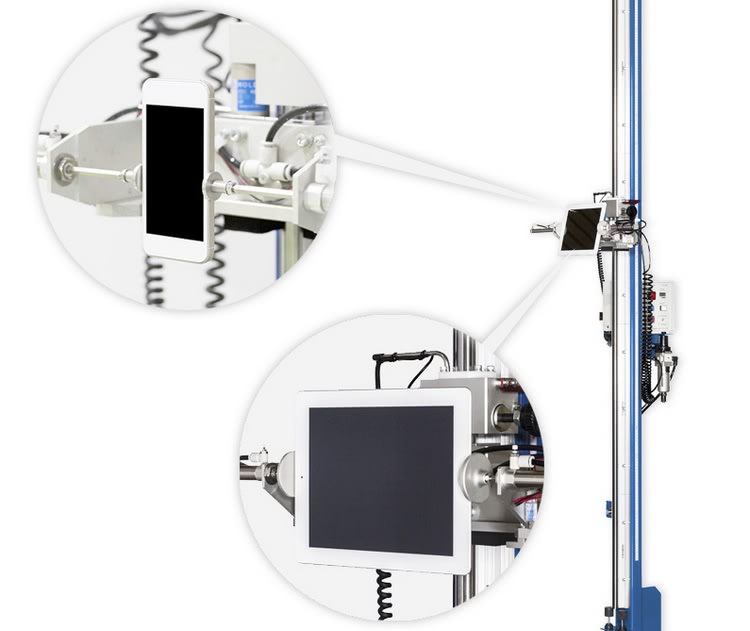