2012-03-27
Tweet
The German plastic pipe industry has recovered very quickly from the 2008/2009 crisis in the financial market – a crisis that had also caused a temporary decline of production in this industry.

After an increase in production volumes in 2010, the figures for 2011 are clearly set to show a further increase. Although no precise details are available for the entire year, this appears to be the conclusion from information provided by associations and companies.

One fairly precise indicator of economic developments that seems to have established itself is the KRV Business Climate Index which is published at quarterly intervals by the German plastic pipes association Kunststoffrohrverband in Bonn. During the first quarter of 2011, this otherwise positive development was only sullied by the tense situation in manufacturing costs. While the profit situation of companies was clearly impacted by ongoing increases in raw material prices and by rising costs of energy, transport and labour, it was difficult to pass on to customers any rises in manufacturing costs. This was due to overcapacities and intense competition.

Nevertheless, the Business Climate Index was within a positive range for the fourth time in succession. The business situation during the first quarter benefited from better weather conditions than in the previous year and from a clear improvement in the economic situation and business activities. This was particularly true for the areas of gas, drinking water and waste disposal as well as in industry. Further elements that kept this business expectation index at a high level were a range of upcoming project activities, rising demand and a noticeable economic recovery.

During the second quarter the Business Climate Index for Plastic Pipes continued to exceed the level of the previous year in all areas. Compared with the first quarter, however, there were also some slight indications of a slowdown and therefore of a decline in market dynamics. Moreover, margins continued to be tight, although raw material manufacturers that contributed to the Business Climate Index did experience a slight improvement in profits over the previous year’s level, despite a clear increase in manufacturing costs. 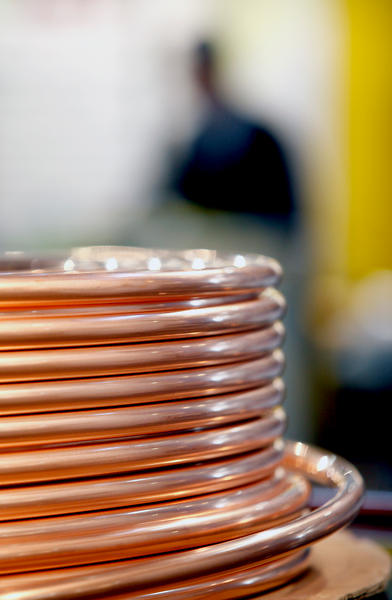 During the third quarter of 2011 the Business Climate Index went down again, for the second time in succession, but narrowly remained within the positive range. The negative factors quoted by KRV were a decline in pipe laying activities, lower sales and increasing competitive pressure and price pressure among plastic pipe manufacturers. As a result, the business situation fell short of expectations, especially in building services. At the end of the year the only area where pipe manufacturers still had positive business expectations was the industrial sector.

The positive trend at the beginning of the year was confirmed by production volumes in the first three months of 2011. During the first quarter of 2011 manufacturers were in a position to increase their production. This was mainly due to an upward trend in the construction industry, one of the main buyers of the German plastic pipe industry.

According to KRV, the production of plastic pipe systems rose to 180,350 metric tonnes and thus by 26.5 per cent compared with the same quarter in the previous year. Increases were recorded in all material types and were most noticeable in PVC U pipe system (up 39.5 per cent). High growth rates were also observed in PP (up 29.7 per cent) and GRP pipe systems (up 28.7 per cent), while PE pipe applications, rose by a “mere” 15.8 per cent.
Read more: Pipes 51 Market 470