10 years ago, Battenfeld Kunststofftechnik GmbH was integrated into the Wittmann Group. In the course of the last ten years, the company’s entire product portfolio was renewed and the capacity at the Kottingbrunn facility was substantially expanded in several construction phases. The visitors at the 10th anniversary party on June 13 and 14 were able to see this with their own eyes. Interesting applications and ultra-modern process technology were demonstrated on 14 machines from the PowerSeries, among them the new, vertical VPower which was shown for the first time. 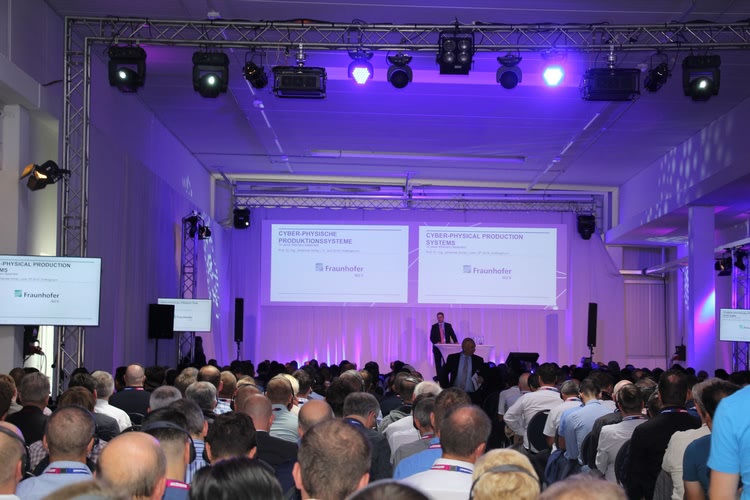 Wittmann Battenfeld 10th anniversary presentation
The event started with presentations about the company’s history with the main focus on the most recent 10 years, with both the corporate development and the development of the company’s technologies in view. In a keynote speech, Prof. Dr.-Ing. Johannes Schilp from Augsburg University spoke about cyber-physical production systems and explained how they could be implemented in practice.

On the guided company tours during the afternoons, the visitors were able to view not only the exhibits, but also the production facilities in Kottingbrunn, which had been extended by 2,200 m², including the new processing line for the larger machines of the SmartPower and EcoPower series. Several “expert corners” had been set up, dealing with topics of process technology, integration and plasticizing systems, where short presentations were offered to enable the guests to gain insights into the latest technologies and processes at Wittmann Battenfeld. 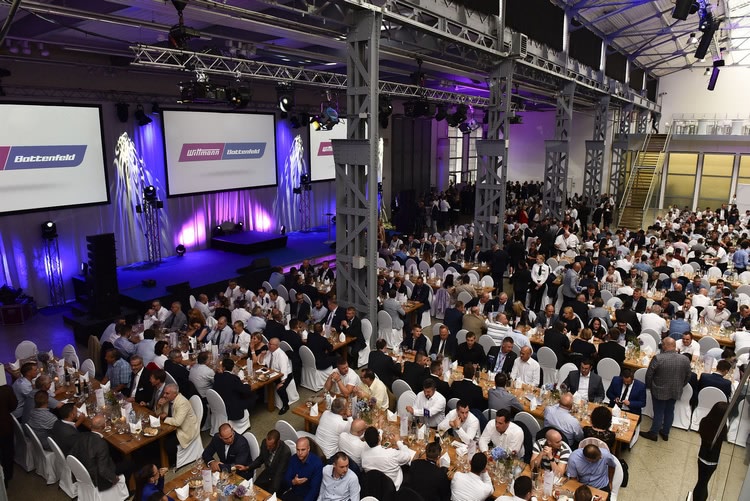 The company’s owners and managers are pleased that so many customers and business partners accepted the invitation to the birthday party. Georg Tinschert, Managing Director of Wittmann Battenfeld, comments: "These last 10 years were successful years for our company. We are glad that so many of our customers and partners were here to celebrate with us."