2016-10-27
The international plastics and rubber industry presents itself in top shape. It benefits from a globally growing end-user market with high quality demands and stands for impressive innovative power across the entire value chain. The extraordinarily good economic state of this sector and the positive outlook for the future characterised the world's biggest trade fair for the industry and made for an excellent mood amongst the 3,285 exhibitors of K 2016 in Düsseldorf. Companies reported a host of new leads, many of which already led to closed deals over the eight days of the trade fair. Ulrich Reifenhäuser, Chairman of the K 2016 Advisory Board, put it in a nutshell: "I have never seen such a vast number of decisive customers willing to buy at a trade fair before! The number and magnitude of deals, some of which were concluded here spontaneously, as well as the many concrete enquiries about new projects by far exceed our expectations! It was clear from day one that customers wanted to not only find out about new technologies but also purchase them. There is strong investment in all our customer industries and in all regions of the world."

This assessment held true for all ranges on offer at the trade fair. Exhibitors unanimously confirmed that trade visitors were extremely serious about their business negotiations and showed a pronounced willingness to invest. Furthermore, they emphasised the again higher percentage of international visitors and their very high degree of professional expertise as well as the fact that a disproportionately high number of top managers and company owners had come to Düsseldorf.

230,000 trade visitors from over 160 countries were welcomed to the exhibition halls over the eight days of K 2016. Delighting at the results Werner Matthias Dornscheidt, President & CEO of Messe Düsseldorf, says: "Just the sheer number of experts visiting K 2016 impressively confirm the appeal and importance of the trade fair - since this number is once again clearly higher than at the previous event in 2013. However, what is more important: the breakdown of trade visitors was of an exceedingly high standard. We can register a constantly good level of demand from Germany and a disproportionately high level of interest from abroad, especially from overseas. It is known the world over that K in Düsseldorf is THE innovation platform for the entire sector. A visit here is simply indispensable for everyone wanting to stay ahead of the competition."

The results from the visitor survey underpin the exhibitors' view that the proportion of international guests has risen once again: some 70% came from abroad. More than 40% of all foreign visitors hailed from overseas - even from as far-away places as Bangladesh, Costa Rica, Ethiopia, the Ivory Coast, Jamaica, Oman, Madagascar, Mauritius, Surinam and Togo they travelled to the Rhine. As expected, the experts from Asia accounted for the largest group among foreign guests, which grew yet again: nearly 30,000 experts came from South, East and Central Asia. Guests from India again constituted the biggest group here but the number of visitors from China, South Korea and Iran also rose significantly.

Almost on a par remained the proportion of visitors from the USA and Canada with some 6% of all foreign visitors.

Regarding guests from the neighbouring European countries Italy dominated with over 10,000 visitors followed by the Netherlands (some 9,500), France (some 6,700), Belgium (some 6,300), Spain and Poland (some 5,000 each). There was perceptibly stronger interest taken by Turkey, Hungary and Greece.

Across all country borders the percentage of executives among trade visitors is extraordinarily high. Some two thirds are top managers or are in middle management. Almost 60% have the final word on, or are decisively involved in, their companies' investment decisions. K plays an outstanding role in deciding which investment will be made: almost half the visitors stated that they waited for the trade fair before realising any purchasing projects. 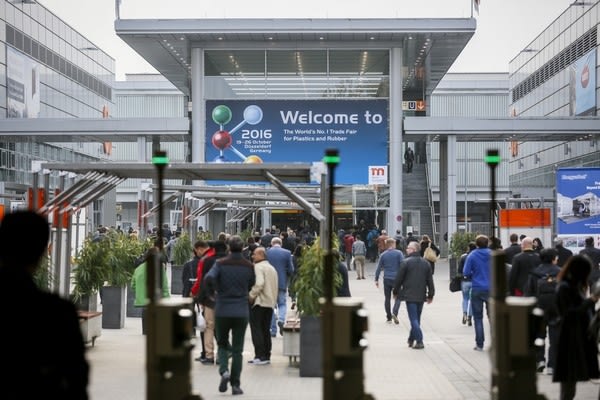