Last edition of Fakuma which held in October 2009 was characterised by stability and confidence despite tough times. More than 1500 exhibitors from over 30 countries occupied more than 910,000 square feet of overall exhibition floor space at the Friedrichshafen Exhibition Centre. 37,281 expert visitors from more than 90 countries gathered information on-site. Numerous exhibitors who came to Friedrichshafen with relatively low expectations reported well filled order books at the end of the event. In the opinion of all involved parties, Fakuma 2009 took place at precisely the right time and provided the market with powerful impetus for lasting business.

Fakuma 2009 has made it plainly apparent: The industry is not fixated solely on better times after the crisis, and is consistentl y paving the way for more productivity and efficiency now. And the next Fakuma from 18th through 22nd October 2011 will once again substantiate its qualities as a “plastics ambassador” and a “trailblazer for solutions with plastics”, which opens up tremendous future opportunities for the entire industry with regard to efficient use of resources, lightweight construction and energy efficiency. Innovative companies can shape their own economic situations as a result. 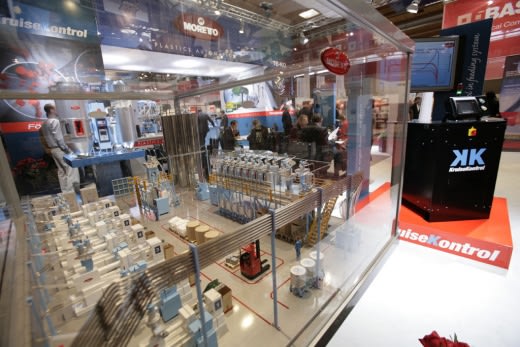 The 21st Fakuma will support all market players in their effort to emerge from the current economic low point stronger than ever. For this reason, interesting forums. workshops and special shows will round out the spectrum of offerings presented at Fakuma 2011.