2017-03-10
EQUATE Petrochemical Company, a global producer of petrochemicals, extended its sponsorship for to the 15th Firemen's Day Festival organized by the Kuwait Fire Service Directorate (KFSD) and under the patronage of His Excellency the Minister of State for Cabinet Affairs Sheikh Mohammad Al-Abdullah Al-Mubarak Al-Sabah. The sponsorship comes as part of the company's ongoing support to the everyday work and efforts placed by firefighters to save lives in Kuwait.

Speaking of the sponsorship, EQUATE's Petrochemical EH&S Leader Mohammad Al-Shamary, said, "We are proud at EQUATE to have the opportunity to sponsor this event in support of the tremendous work done by KFSD in maintaining the safety of individuals and public and private facilities similarly. Year after year, we continue to build on our strong partnership with KFSD through which we share knowledge and expertise in our field, conduct regular workshops and trainings, launch safety-related campaigns and coordinate together day-by-day out to ensure our people stay safe as we implement best global practices together to serve everyone in Kuwait."

During the festival, EQUATE presented recognized H.E. the Minister of State for Cabinet Affairs and KFSD's Director-General Lieutenant-General Khaled Al-Mekrad.

The company also had a booth presenting EQUATE's safety programs that were explained by the EH&S team and the EQUATE Emergency Response Team (ERT).

EQUATE is a global producer of petrochemicals used in products that create a better world. The company is the world's second largest producer of Ethylene Glycol (EG) with industrial complexes in Kuwait, North America and Europe producing Ethylene, Ethylene Glycol (EG), Polyethylene (PE) and Polyethylene Terephthalate (PET). The products are marketed throughout Asia, the Americas, Europe, the Middle East and Africa. As a leading global enterprise, EQUATE strongly pursues sustainability principles and best practices wherever it operates through partnerships with various stakeholders, including its employees and customers, as well as societies as a whole in fields that include human development, environment, education, health and public awareness. Established in 1995 as an international joint venture, EQUATE's shareholders include: Petrochemical Industries Company (PIC), The Dow Chemical Company (Dow), Boubyan Petrochemical Company (BPC) and Qurain Petrochemical Industries Company (QPIC). EQUATE provides reliable services and solutions that enable global customers and stakeholders to grow and attain the success they seek by being "Partners in Success."

With its initial founding taking place during 1947, Kuwait Fire Service Directorate (KFSD) is currently an independent government authority under the supervision of State Minister for Council of Ministers Affairs in the State of Kuwait. KFSD plays a number of critical national roles by providing required protection for lives and property from fires, crashes, incidents and natural disasters and preventing them throughout the country. 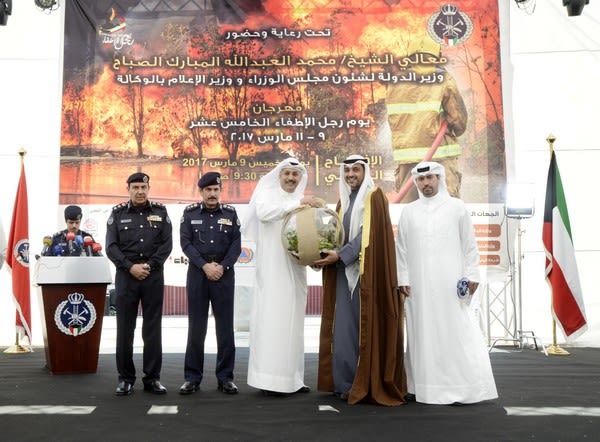