2012-10-17
Tweet
Akulon Fuel Lock, an innovative-polyamide 6 technology developed by DSM, forms the basis of a new solution for rotomoulding monolayer tanks, developed by ICO Polymers, a subsidiary of A. Schulman, Inc. and a leading producer of rotational molding polymers.

The monolayer PA6 solution, named ICORENE 7620 FUEL LOCK, was developed for small engine tanks for off-road vehicles to comply with the latest legislation of the U.S. Environmental Protection Agency (EPA) and the California Air Resources Board (CARB), which was introduced to minimize emissions from fuel evaporation.

ICORENE 7620 FUEL LOCK was launched during the Conference of the Alliance of Roto Moulding Organizations (ARMO), held in Lyon, France, in early October, where it was enthusiastically received by industry insiders who recognize the intrinsic value of this innovation.

The new monolayer PA6 solution is based on the successful Akulon Fuel Lock, an innovative polyamide 6 from DSM, originally designed for injection and blow-moulded fuel tanks that are used for engines in hand-held and ground-supported lawn and garden equipment, as well as recreational, professional landscaping and marine applications. 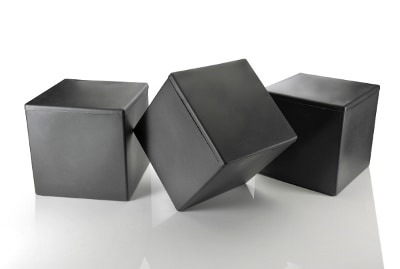 ICORENE 7620 FUEL LOCK eliminates the need for after-treatment procedures such as the environmentally challenging fluorination process. Moreover, this monolayer solution obviates the need for complex multi-layer concepts, delivering improved equipment efficiency and productivity – and therefore lower energy consumption during processing. In use, the monolayer solution ensures a durable barrier performance over the required liability period of five years, and this does not diminish over time.

Heinrich Lingnau at ICO Polymers, BU manager of specialty powders for EMEA region, said: “PA6 will surely establish a position in the RTM market because of its combination of high strength, modulus and relative high melt temperature. Working with DSM, we were able to develop this significant innovation that helps to meet the dual challenges of climate and energy.”

Dr. Claudine Porcel, R&D manager of ICO Polymers for EMEA region, said: “The improved technology and professionalism of convertors in the RTM market now makes it possible to process PA6 effectively and efficiently.”

Tim Vorage, Application Development Manager of DSM, stated: “Our newly developed cost-effective Akulon Fuel Lock for the RTM market is the outcome of an intense cooperation with the research department of ICO Polymers. The material not only shows a permeation factor of below 20% of the EPA limit, but it also exhibits high toughness at low temperatures.”

Ralf Ponicki, Global Segment Manager Outdoor Power Equipment of DSM, added: “The rotomoulding solution is very much appreciated by customers that already use our injection and/or blowmoulding solution, since they can now use a solution for permeation reduction from one source with proven technology that gives peace of mind regarding liability.”