2012-05-16
Tweet
It is worth mentioning that two new pavilions from Korea and Thailand joined Chinaplas this year, boosting the number of pavilions to 13 and breaking last year's record. The rest of the pavilions came from Austria, Canada, France, Germany, Italy, Japan, PR China, Taiwan, Turkey, UK and USA. The prominent presence of these pavilions strongly proved the rising status of Chinaplas in the international arena. 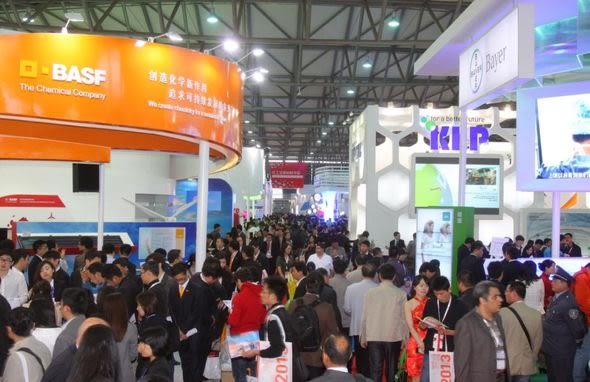 To demonstrate the theme of "The Future is in Plastics and Rubber", the "Future Zone", comprising "Future Car" and "Premium Design Gallery", succeeded in capturing the attention of all participants. The "Batshark", champion of "Future Car" design competition operated under the "Nurturing Our Future" program, was unveiled at the opening day. Specially created by a group of students in East China University of Science and Technology, the "Batshark" featured smart operation system, lightweight and green technology with its design concept revealing the forward looking future in the plastics and rubber industries. Another part of the "Future Zone" was the "Premium Design Gallery" which showcased a series of new, innovative and unique design of various plastic-made end products. Highlighted exhibits are "a Tree of Life" which is made of polycarbonate film; a Solar Impulse aircraft model which uses solar energy as the power source; chairs which possess delicateness, high mobility and various designs on shapes; three cutlery items that can be jointed together, forming a small yet stable free-standing sculpture, etc.
Read more: Fairs 864 Plastics 601 Market 470