2014-10-21
Tweet
With exactly 45,689 expert visitors from 117 countries and 1772 exhibitors from 36 nations, the Fakuma international trade fair for plastics processing has definitely found its way into the history books for technical industry events at the international level. Due to record numbers experienced in recent years thought to have reached their peak, the 23rd Fakuma evolved into an absolute winner last week in the field of plastics technology and attracted more expert visitors than ever before. Reaching levels that had certainly not been anticipated by anyone, although perhaps hoped for secretly, and in the end impressively confirmed, 33% of the officially counted 45,689 expert visitors came from foreign countries near and far, so that Fakuma has once again expressed its exceptional positioning and has even been able to top last year’s figure of 31% foreign visitors.

And thus it’s quite befitting that the spokesperson of Fakuma’s exhibitor advisory committee, Ulrich Eberhardt, was able to report strong figures for the industry sector on the one hand, as well as continuing satisfactory business developments on the other hand, and otherwise excellent acceptance of Fakuma as a globally recognised business platform for all of the players involved in the plastics industry. Beyond this, he provided a brief insight into the secret behind Fakuma’s success, which he accentuated as “a marketplace for innovative solutions covering all aspects of injection moulding, thermoforming and extrusion, as a trend barometer for the industry and as a lastingly important trade fair for suppliers and users of plastics technologies. At the same time, event promoter Paul E. Schall has succeeded in retaining Fakuma’s distinctive character, charm and charisma, as well as its very personal and relaxed atmosphere, despites its outstanding, globally significant market positioning”, explained Ulrich Eberhardt.

In reviewing Fakuma's development in recent years it becomes apparent that, with the exception of the decline in 2009 due to the recession, exhibitor numbers, exhibition floor space, visitor numbers and foreign participation have demonstrated continuous growth. Available exhibition floor space at the highly modern Friedrichshafen Exhibition Centre has been fully booked out at Fakuma for years, and even reserve floor space in the foyers at the east and west entrances was occupied in 2014 in order to provide a few aspiring exhibitors who had been placed on the waiting list with the opportunity of presenting their technologies, processes, products and services.

Important issues at Fakuma 2014 included the integration of functions with simultaneously improved energy and resource efficiency (for example by means of particle-foam composite injection moulding or finely structured thin-walled components), increasing use of 3D printing, as well as additive and generative processes for prototyping and production of small lot quantities, not to mention metal-plastic combinations, hybrid solutions and fastening/joining processes. As part of the Blue Competence initiative of the VDMA Expert Association for Plastic and Rubber Processing Machines, numerous exhibitors presented their latest developments, thus underscoring their intention and ambition to reconcile technology and environment to an ever greater extent. Beyond this, many exhibitors make targeted use of Fakuma as an adequate setting for unveiling their world’s firsts and innovations to international expert visitors, which is also indicative of Fakuma’s international significance. The next, i.e. the 24th Fakuma will take place from the 13th through the 17th of October, 2015, naturally at the Friedrichshafen Exhibition Centre once again.
Read more: Polymer industry 380 Fairs 810

Fakuma 2014
The International Trade Fair for the Plastics Processing 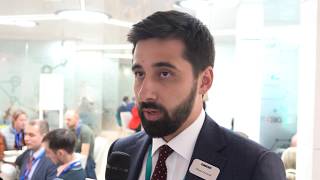 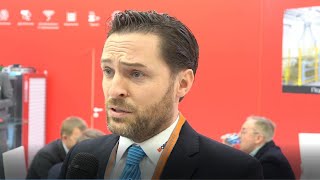