2017-10-26
Polish version
The continuous-fiber-reinforced thermoplastic composites Tepex from LANXESS have many potential applications as inserts for the local reinforcement of injection-molded components. While metal inserts only interlock with the injection-molded material, the composites have a material bond that increases the components’ mechanical strength. Above all, Tepex is significantly lighter.

This is evident in the front ends of Volkswagen’s Atlas and Teramont SUVs, which are manufactured in the United States and China respectively. “Both front ends use Tepex inserts, which are around 50 percent lighter than comparable inserts made from steel sheets. In addition, the reinforced areas can endure much higher strain,” explains Harri Dittmar, an applications developer for Tepex. 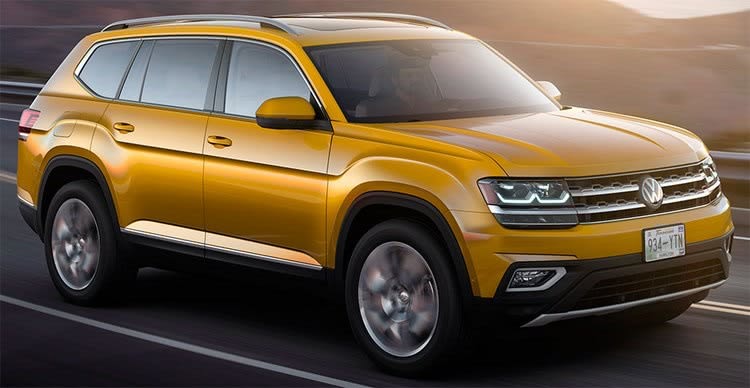 The front ends of both SUVs are made from injection-molded polypropylene. In the area around the hood lock, they are reinforced with a thin, one-millimeter-thick piece of Tepex dynalite 104-RG600. The matrix of this semi-finished composite is made from polypropylene and contains 47 percent by volume continuous glass fiber rovings as a fabric. On both sides of the front end, the “Z struts” are reinforced with a shaped insert from the same composite material.

The injection molding process with the three inserts is highly efficient. The side inserts are heated, shaped outside of the mold, reheated to 140 °C, and then placed in the mold from the side. At the same time, the middle insert is heated and then overmolded together with the two outer inserts. “Despite the complex assembly of the components, the result is an efficient manufacturing process with short cycle times,” Dittmar explains.

The positioning and reshaping of Tepex in the mold is easily reproducible. In addition, drill holes in the composite material demonstrate the necessary structural integrity of the fabric. Both features represent an improvement over the thermoplastic materials with a unidirectional fiber orientation that were originally intended for strengthening the front end.

A variety of potential applications

There are a wide range of potential applications for Tepex in the local reinforcement of injection-molded parts. Dittmar states: “In auto manufacturing, Tepex could be used in the center consoles, center armrests and rear shelves, as well as the door trims and their supports.”

Tepex is developed and produced by the LANXESS subsidiary Bond-Laminates GmbH based in Brilon, Germany. Underbody cladding, seat backs, module supports, battery consoles, front-end components, brake pedals and bumper crossbars are all made from the composite material. “Because of Tepex’s growing success in lightweight automotive design, we’ve established a separate project group that supports our worldwide partners throughout all stages of the development of Tepex components, right up to the start of mass production,” explains Henrik Plaggenborg, head of Technical Marketing & Business Development, Tepex Automotive.