2011-12-20
Tweet
While producing 21.5% of the world’s total volume of plastics material, the European plastics industry also provides jobs to 1.6 million Europeans - informs PlasticsEurope in his own annual report.

In 2010 Europe accounted for 57 million tonnes (21.5%) of the global production and China overtook Europe as the biggest production regionat 23.5%.

The plastics industry also plays an important role in enabling growth through innovation in a wide range of key European industries such as automotive, electrical & electronic, building & construction and food & beverage sectors.

Plastics are the true resource champions by saving more resources than they use, i.e. “more means less”. For example substituting plastics with alternative materials would result in a 46% increase in energy consumption, a 46% increase in CO2 emissions and generate 100 million tonnes more of waste every year across the EU.

The success story for plastics is expected to continue as its unique properties lend itself to more and more innovation applications. Whilst global demand per capita is expected to grow by 4% each year, consumption in Asia and new EU Member States is significantly below that of mature industrial regions where growth rates are expected to remain slightly above GDP. Thus there is room for further growth.

In 2010, the EU-27 plastics’ industry has continued its recovery from the 2008 crisis. Plastic producers saw an increase in turnover of 17% to 104 billion euros, while the converting industry achieved a growth of 9.5% to 203 billion euros.

Despite a decrease in employment from 2008 the plastic industry, including the plastics machine manufacturers, is providing jobs to about 1.6 million European citizens across Europe. In addition many more jobs depend on plastics, e.g. the sport equipment industry, the electrical appliances industry and the medical devices industry. 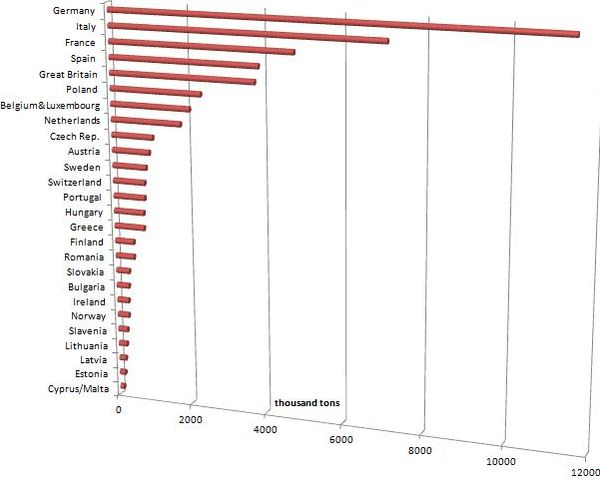