2016-10-03
Tweet
The Brno Exhibition Centre is in for an extraordinarily extensive show of industrial technologies. The participation of exhibitors will be the highest since the onset of the economic crisis in 2008. Besides Czech companies - both domestic manufacturers and representatives of international brands - has also been strengthened by direct foreign participation. A total of 35 countries will be represented and one half of the 1,700 exhibitors will come from abroad. Organizers expect the Brno Exhibition Centre to be visited by at least 75 thousand professionals from various fields of industry from 3 to 7 October.

The Czech economy is growing and its industry is making large investments into new technologies, which is positively reflected in the international exhibitors' interest in participating at the MSV. For the first time in history, the share of foreign participants has now reached almost 50 percent. This is also due to the numerous participation by companies from China, which has been declared the partner country of MSV 2016. More than 150 Chinese industrial companies from Beijing, Shanghai and other industrial centres have registered for this fair; the Chinese national exhibition itself will occupy the entire Hall A1 this year, and additional Chinese companies will be presented in Hall H. As part of the supporting programme will be held, among others, a Czech-Chinese industrial forum, B2B meetings with Czech partners and a Chinese gala evening.

The Chinese participation so as to the area is the most extensive foreign presentation this year. By number of companies, however, the first place is occupied by Germany, wherefrom 274 exhibitors will arrive - 15% of them for the first time. Most of them will present themselves at the IMT (machine tools) and WELDING fairs.

Participation from Slovakia has also expanded; an official stand on an area of 150 square meters is being prepared, as well as the traditional Slovak National Day. Slovakia's largest display occupying an area of 200 square meters has been ordered by the steelworks company Železiarne Podbrezová, which showcases materials and components for engineering as part of a sectoral unit. Additional big displays will be featured by exhibitors of machine tools Trens SK and Makino, getting back again after a year.

Organizers have noticed a remarkable growth of interest by companies from Italy. The biggest displays have been rented by traditional Italian exhibitors such as BLM, Adige (forming) and Moretto (processing of plastics). Italian newcomers include the company Univer (pneumatics and hydraulics sector), P.E.I. and OMCD (components for engineering). A joint display of seven Italian companies will be featured under the patronage of the Italian-Czech Chamber of Commerce and Industry.

Austria and Switzerland will also have traditionally strong representations. Hall Z will host official stands of India, represented by its Ministry of Heavy Industry, and Korea, represented by the agency KOTRA (Korea Trade-Investment Promotion Agency).

PLASTEX 2016 - the part of MSV fair dedicated for plastics industry - will once again boast top exhibitors in large numbers. Participation of all traditional leaders and a number of new firms has forced organizers to extend the originally allocated space, so visitors will find plastics exhibitions both in Hall G1 and in the adjacent Hall G2.

An interesting item is the growing interest from Portugal. While in 2012 the PLASTEX fair did not present a single Portuguese company, two years ago three of them arrived and this year there will be already nine Portuguese exhibitors including a sectoral association on a total area of ​​145 square meters. CEFAMOL, the Portuguese Association for the Mould Industry, was founded back in 1969 and brings together 250 companies. Also interesting is the participation of a company from Iran, which will present its production of raw polymers on an area of ​​45 square meters. It is the first participation of an Iranian company in MSV's modern history after 1989. 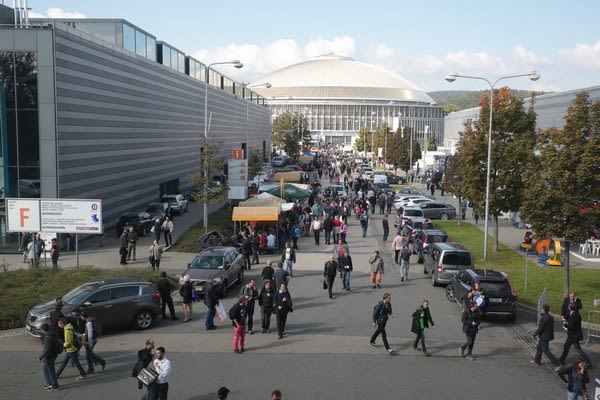