2018-11-14
German version
The self-optimising injection moulding machine is an essential feature of the smart factory, which is the objective of Industry 4.0. Under the inject 4.0 name, Engel already offers a wide range of mature and multiply practice-proven products and solutions for digitalisation and connectivity in injection moulding production, providing immediate and substantial benefits, both stand-alone and in the framework of a higher-level digitalisation strategy. A further assistance system presented by Engel at Plast Eurasia is iQ clamp control, which determines and automatically adjusts the optimum clamping force on the basis of mould breathing. Too little mould breathing due to a too high clamping force prevents sufficient mould venting and can lead to burners. On the other hand, excessive mould breathing or too little clamping force may lead to overfilled cavities, resulting in flash formation. Both risks can be ruled out with the help of iQ clamp control. The system exclusively relies on standard sensors in the injection moulding machine for this purpose.

With their new injection units and thanks to ecodrive as a standard feature, the dual-platen injection moulding machines in the Engel duo series achieve even greater efficiency and precision. Engel will present proof of this at Plast Eurasia. Car engine covers will be produced from fibre-reinforced polypropylene on an automated duo 3660/500 with a clamping force of 5,000 kN.

The temperature and pressure control in the barrel have been further optimised through the development of the new injection units. In addition, special attention has been paid to traverse temperature control. The temperature control range was enlarged to safely rule out clumping in the feed zone and absorption of moisture across a wider range of materials. The new concept minimises energy losses both during heating and cooling of the feed through. 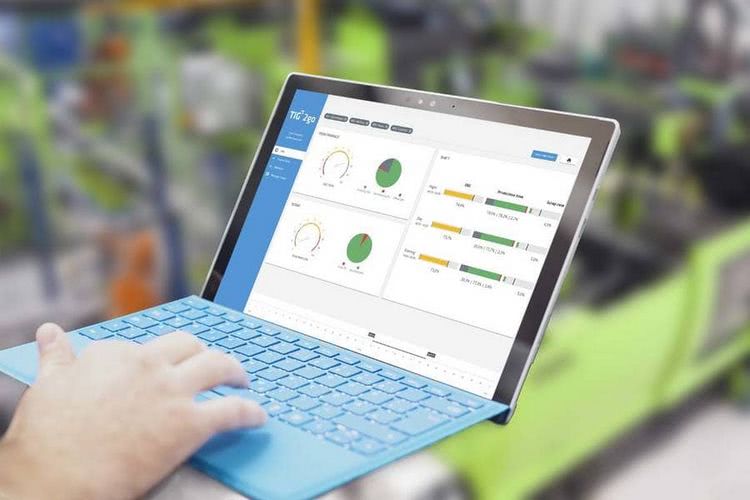 The new TIG 2go dashboard solution from TIG makes it genuinely easy to get started in the world of MES.
The Engel servo-hydraulic ecodrive, which has been tried and trusted for many years, is now part of the standard package of the duo machines, thus significantly reducing energy requirements in production. The key to high energy efficiency here lies in demand-driven pump capacity. When a machine is idle, for example, during cooling phases, the engines close down and consume zero energy. The positive side effects are that machine operation is far quieter while the hydraulic oil heats up less, thus reducing the cooling overhead.

Engel is dedicating its Expert Corner to the subject of smart production at Plast Eurasia. The focus is on TIG authentig, the MES of Engel subsidiary TIG (Rankweil, Austria). Tailored for the specific requirements of the injection moulding industry, the Manufacturing Execution System ensures transparency in order to, for example, utilise the total capacity of the available machinery or correlate productivity indicators and economic objectives. The new products that TIG will be presenting for the first time during the trade fair in Turkey include the TIG 2go dashboard solution, which is particularly suitable for entering the MES world, and the TIG big data high-performance analysis platform for networking globally machinery in a central cockpit.