In an Aug. 24 report, Cefic said chemicals output within the EU was up by 3.1 percent during first half of 2017, compared to the same period last year.

Production rose in most chemicals sub-sectors, with significant rises in crop protection, basic inorganics and polymers.

According to the „ifo World Economic Survey (WES) for the 3rd Quarter 2017”, experts assesed the current economic situation far more positively than evaluated in April on this year. However, expectations for the months ahead were slightly less optimistic. The world economy is expected to continue to recover at a slightly slower pace in the second half of 2017. 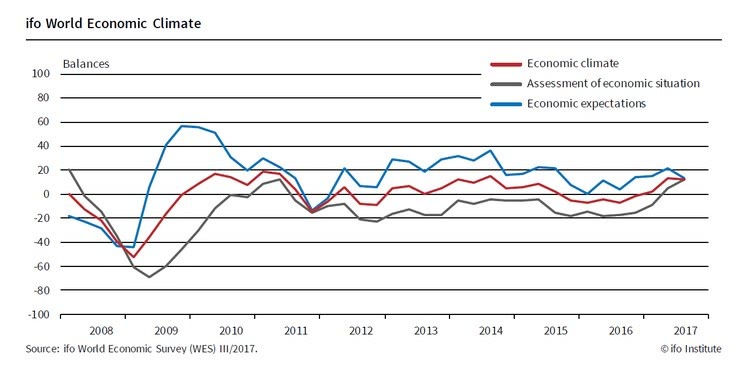 Cefic is a committed partner to EU policymakers, facilitating dialogue with industry and sharing their broad-based expertise. They represent 29,000 large, medium and small chemical companies in Europe, which directly provide 1.2 million jobs and account for 14.7% of world chemical production. Based in Brussels since our founding in 1972, they interact every day on behalf of their members with international and EU institutions, non-governmental organisations, the international media, and other stakeholders.Cefic is an International Non Profit Association (AISBL-IVZW) under Belgian law.