2017-10-02
They’re light, stable, corrosion-resistant and low-maintenance: thanks to these properties, prospects are excellent for the material and thus also for the European composites industry. Automotive engineering, aerospace and construction have been the main drivers propelling fibre composites. Production quantities of glass-fibre reinforced plastics (GFRP) - which with a market share of 95 per cent still represent the largest materials group - once again increased last year, by two per cent over the prior year. Germany, Europe’s largest composites market, even saw a slightly above-average production increase of three per cent. Overall, 1.12 million metric tonnes of GFRP were produced, according to the findings of the current 2017 composites market report issued by the German Federation of Reinforced Plastics AVK.

"Composites as a material and the entire associated industry still hold enormous potential, which in many cases has yet to be fully revealed”, says Dr. Elmar Witten, managing director of the AVK. The companies themselves definitely expressed an optimistic view of the future. According to the latest edition of the semi-annual composites market survey in Germany, just one per cent of respondents expect commitment to decline, while just under half of them are counting on their company’s commitment in the composites field to increase.

This positive market outlook was reflected as well at this year’s COMPOSITES EUROPE, which as Europe’s leading trade fair in the largest market puts on display the entire manufacturing process from raw materials to semi-finished goods to finished components. With a total of 406 exhibitors from 28 countries and 8,342 visitors, this year’s COMPOSITES EUROPE fell just short of last year’s result (2016: 8,622), but it could enter a wide international reach.

More than 40 per cent of visitors came from outside Germany. While most of them hailed from other European countries, some visitors journeyed to Stuttgart from faraway places – from Brazil, for example, the US and Canada, and even from Japan, New Zealand and South Africa. All told, COMPOSITES EUROPE visitors represented 63 nations. Dennis Baumann, the head of global sales at SGL Group, confirms this observation first-hand: “We meet customers from Germany, Europe and even the US, China and India here. There’s a lot of momentum, including in application areas such as construction and mechanical engineering.“

For Hans-Joachim Erbel, CEO of organiser Reed Exhibitions, this unambiguously validates the decision to move COMPOSITES EUROPE to Stuttgart: “The proximity to the automotive industry and the aerospace sector as the drivers of the composites industry meant an additional boost for the trade fair.” While COMPOSITES EUROPE has thus far alternated between Düsseldorf and Stuttgart, it will now be held in Stuttgart every year.

Exhibitors welcome this decision, as emphasised by Hexion’s corporate marketing communications director Michael Stahl: “The decision in favour of Stuttgart was absolutely correct. The trade fair was characterised by high-quality visitors, noticeably higher demand and excellent talks with customers like Mercedes and Airbus.“

Estibalitz Arregi, the composites unit manager of Spain’s Fagor Arrasate, seconds that notion: “Stuttgart is an exciting location for us to handle our business, most of which takes place abroad. That’s why we’re planning on returning next year and deepening our networking efforts.” 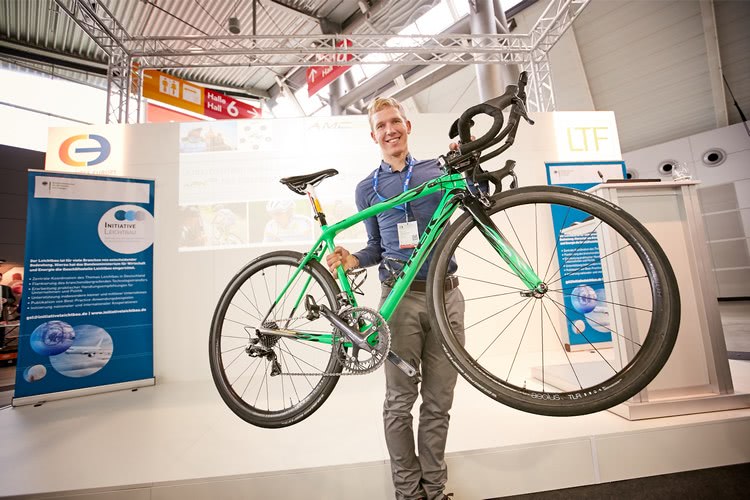