2018-09-13
Tweet
During Fakuma Windsor demonstrates unusual entrepreneurial diversity with three exhibits:
The SD300SV from FCS further expands the company's offer of servohydraulic injection moulding machines (IMM). Adjacent to it, a fully electric J100ADS from JSW works with an ac-tuator mould for medical device applications. A special highlight is Windsor's own product: the PxP73 is an independent injection unit which virtually sets no limits to upgrading an IMM towards multi-component injection moulding. Obviously, Windsor's exhibits are compatible with the requirements laid down in Industry 4.0 and/or Euromap 77.

In 2016, Fu Chun Shin Group (FCS), Taiwan, and Windsor Kunststofftechnologie GmbH in Hanau, Germany, signed an agreement under which FCS committed to construct and supply hydraulic and servo-hydraulic IMMs according to European standards and specifications as prescribed by Windsor. In return, Windsor acquires, based on its established sales network developed over 65 years, responsibility for long-term sales, trading, installation, replacement parts supply and service for these 300 to 37,000 kN clamping force IMMs in all EU and EFTA countries. "We have been making great progress with FCS since. The technological status of the machines passes the comparison test with European brands," says Peter Kochs, Windsor's managing director,

The new FCS machine: Windsor operates the servohydraulic SD300SV - 3,000 KN clamping force - with a mould made by Kiranda/Turkey. "The ornamented dish we mould in PP weighs 120 grams and takes a cycle time of barely 15 seconds. A SEPRO robot demoulds the bowls and deposits them on a conveyor belt directly to the visitors", explains Kochs and ads: "We offer servohydraulic IMMs from FCS because they use the latest and high-end technology in this special segment." The machines' quality meets European standards. However, their price level is comparatively low: "The price/performance ratio of the FCS machines is unequalled", maintains Kochs. After acquiring the pan-European distribution rights for FCS, Windsor has been quite successful in marketing toggle SGMs and two-platen machines from FCS and relies on these proven large machines in the future. FCS machines are the choice a great number of applications: they produce components for household appliances, white goods, electronics, toys and also automotive parts to name only a few. Kochs: "There are practically no limits for applications." The FCS toggle IMMs are available with clamping forces ranging from 30 to 1420 tonnes - complemented by servohydraulic two-platen machines with clamping forces from 500 to 4000 tonnes. Kochs promises: "We strive to improve quality even further and maintain the low-price level." 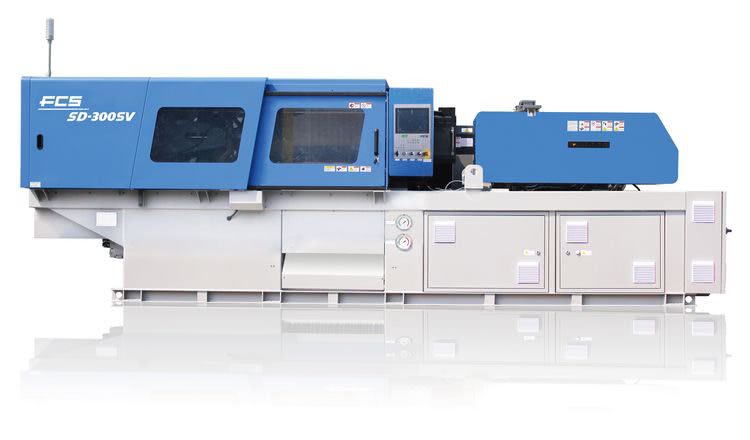