The two companies signed a letter of understanding (LOU) today in Paris during the state visit of the Chinese president, Hu Jintao, to study the construction of a world scale plant in coal-rich Inner Mongolia.

Total will bring to this partnership its expertise in the Methanol to Olefins (MTO) and the Olefin Cracking Process (OCP) technology that Total Petrochemicals has tested extensively at its purpose-built semi-commercial plant in Feluy (Belgium). Total will also study solutions on how to capture and store CO2 using the know-how gained from its CCS pilot project in Lacq (France).

Following the signature of the LOU, both companies will now launch a feasibility study on a project of 1 Mt/year polyolefins production site, based on methanol produced from the gasification of coal. The investment for the plant, which is due to start production after 2015, is estimated at 2 to 3 billion euros and will mark a major step for a stronger development of Total in China. It will also give CPI access to state of the art technology that incorporates highest environmental standards. 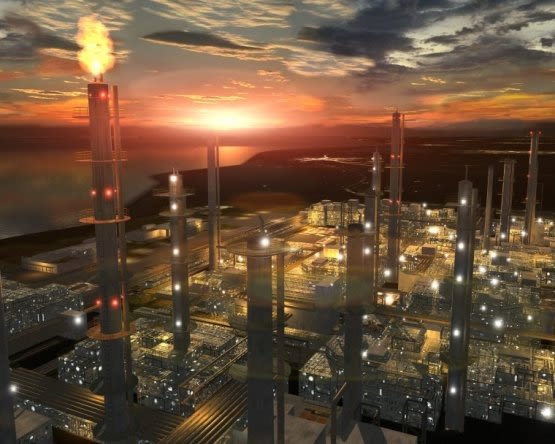 The MTO technology allows the production of propylene and ethylene from methanol, which can be obtained from various feedstocks such as natural gas, coal or biomass.
In combination with the OCP process, it allows a very high yield of polyolefin production. “This project is part of Total’s strategy of transforming fossil or renewable resources into petroleum or petrochemical fractions, in particular by using gasification processes”, affirms François Cornélis, President of Chemicals and Vice Chairman of the Executive Committee of Total.

CPI is one of the five biggest energy producers in China with a particularly strong position in coal mining and transformation of coal into energy. It is one of the most innovative power companies in China committed to sustainable development with significant investments on renewables, such as wind power and photovoltaic, and with two new nuclear power plants under construction as well as actively promoting the next generation of clean coal power stations.

Total Petrochemicals encompasses the petrochemicals activities of the Total Group.
Its business includes base petrochemicals from steam crackers and certain refinery processing plants – olefins (ethylene, propylene), C4 fractions and aromatics (benzene, toluene, xylenes and styrene) –, as well as the commodity polymers derived from them (polyethylene, polypropylene, polystyrene). Total Petrochemicals employs about 6,000 persons in Europe, the United States, the Middle East and Asia. Its products are used in many consumer and industrial markets, including packaging, construction and automotive.

The Total Group has been present in China for about 30 years and is active in exploration and production, especially for natural gas, refining and marketing and chemicals.