Recyclable design from the outset

The trends cited for beverages as examples also apply to practically all other areas of the food sector. Weight reduction is always top of the wish list. This is of course because weight reduction is associated with savings of material and reduced cost. However, this is not the only reason. Growing in prominence, as it is demanded increasingly by legislators as well as by consumers, is resource conservation. Closely associated with this is the scope for package recycling. In Germany today, almost all household packages are reutilised, with more than half (56%) being recycled rather than being incinerated for the energy content. About 20 years ago, the figure was only 3%. In the case of PET bottles, the rate is much better, with 98% undergoing material recovery and being returned to the production cycle. Consequently, each new bottle produced today contains about 25% regranulate.

The reutilisation rates for packaging wastes could be upped still further if packages were given recyclable designs from the outset. As a polyolefin processor, Dr Michael Scriba, Managing Director of mtm plastics GmbH in Niedergebra, is acutely aware of the problem areas. In his view, pure-grade plastics should be used wherever possible, and not paper-plastics composites nor too heavily pigmented or chalk-filled polyolefins. In addition, PET should be preferably used for bottles rather than for deep-drawn trays, to name just a few of the preconditions for improved package recyclability.

Films have been becoming thinner and more functional for years
At over 40%, films represent the most frequently encountered plastics packaging, being used mainly for foods but also, for example, in bubble wrap or stretch films for protecting goods. In the film products area, there is also a marked trend towards increasingly thin and functional solutions. Functionality can be achieved with suitable additives, although most commonly with multi-layering. The demand for more and more layers has thus culminated in so-called nano-layer arrangements of 33 layers and more. Today, 3- and 5-layer films are standard products, not least so that less expensive materials can be used for the middle layer.

Barrier films are usually composed of 7 and more layers. This year at K 2016, Hosokawa Alpine AG in Augsburg is presenting an 11-layer film-blowing line for high-barrier films which also has an extra-compact design. Thanks to functional layers, multi-layer films usually have the advantage of being less thick than mono-products. While retaining its functionality, the film’s thickness can also be reduced by stretching. Especially for this, Reifenhäuser Blown Film in Troisdorf will be showing at the trade fair the Evolution Ultra Stretch unit that is installed right on the blowing tower. Thanks to the stretch unit, compression bag films for nappies can be produced 50 rather than 70 µm thick and silage stretch films with an unchanged range of properties 19 rather than 25 µm thick – a thickness reduction of 30%. 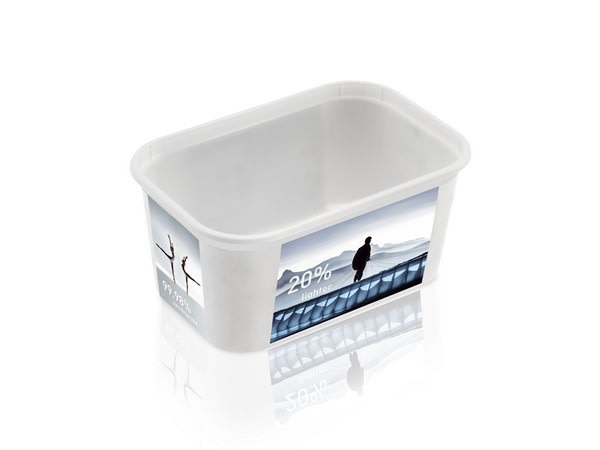