2015-02-18
Tweet
The first foundations have been laid at ZapSibNeftekhim, a facility for deep hydrocarbon to polyolefin processing in the Tyumen Region - Sibur's biggest ever investment project.

ZapSibNeftekhim's project is designed to operate a steam cracker (by Linde AG, Germany) with a capacity of 1.5 mtpa of ethylene, around 500 ktpa of propylene and 100 ktpa of butane-butylene fraction (BBF), along with units with a total capacity to produce 1.5 mtpa of various grades of polyethylene (by INEOS, UK) and a polypropylene unit of 500 ktpa (by LyondellBasell, Netherlands).

The project is aimed at developing Sibur's deep processing operations, focussed on significant volumes of oil and gas exploration by-products in West Siberia, including associated petroleum gas, and import substitution of those polymers highest in demand on the Russian market.

All of the designs for ZapSibNeftekhim were completed and approved by Glavgosexpertiza of Russia (General Board of State Expert Review) in late 2014. In January 2015, Tobolsk City Administration issued the relevant construction permit. Most on-site preparations have been completed. Contracts have been signed and initiated for the detailed design work, equipment and materials supplies for the facility's key process units. NIPIgaz, Russia's leading engineering centre in the gas processing industry, has been contracted to design infrastructure and off-site facilities.

ZapSibNeftekhim will be located on the Tobolsk production site where the Tobolsk-Neftekhim and Tobolsk-Polymer facilities are already operating. Tobolsk-Neftekhim's gas fractionation capacity has been significantly expanded specifically for the project. A raw NGL pipeline has been constructed between the Purovsky Gas Condensate Processing Plant and Tobolsk-Neftekhim, and the private Denisovka station on the Sverdlov Railway has doubled its carrying capacity. 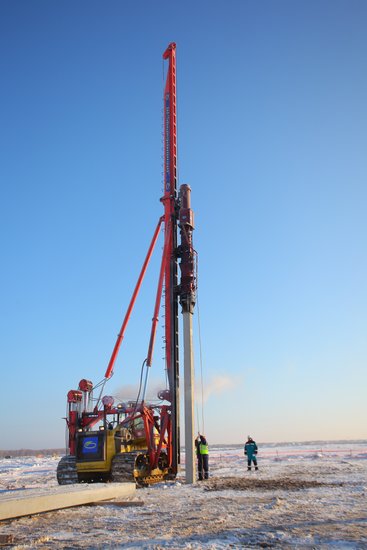 Previously total investment in the ZapSibNeftekhim project has been estimated at approximately USD 9.5 bn, including expenditure incurred and costs budgeted for commissioning, production site infrastructure development and other activities. Going forward, the project budget will be adjustable subject to exchange rate and oil price changes. Given the projected large CAPEX spend, within a highly volatile environment, the project schedule may change to support Sibur's objective of maintaining its currently solid financial status. The Company has streamlined its CAPEX programme by considerably reducing its target spend on the project in 2015. Following a CAPEX review, adjustment to the equipment order and lead time schedules, and taking into account the navigation timeframe, the construction of the facility may take longer than previously planned. The Company continues to monitor external markets and maintain a flexible project schedule.

Dmitry Konov, CEO of Sibur, said:
"ZapSibNeftekhim is Sibur's key investment project. We have purposefully slowed down our project investment programme in the current economic environment to avoid the risk of significant shifts in the schedule in the future. Flexible schedule ensures that the Company can maintain financial stability in a changing economic environment, and guarantees completion of the project."
Read more: Investments 450 Polyolefins 71

SIBUR is the leader of petrochemistry in Russia and Eastern Europe.