2018-03-12
A team from MSU, with international and Russian colleagues, has found that mixing dendrimers (tree-like polymers) and proteins induces spontaneous multilayer films. They are easily formed and retain the activity and function of protein enzymes, which determines their potential as a material for creating biosensors and medical products. The results of the study are published in the journal Polymer.

Polymers have different structures, compositions and properties. Dendrimers are repetitively branched molecules with three chemical groups attached to a central core, each branching into groups with the same structure. This polymer is developed via a multistage synthesis.

The number of branching points determines generation number of the dendrimer: The first-generation polymer has one branching point, the second one has two, the third has three, and so on. The further, the denser and more spherical the structure becomes, and its physical and chemical properties are preset by the functional groups on the outer layer. Dendrimers are able to form surface cavities into which molecules can be enveloped, which interests researchers. However, MSU scientists have found a completely different application for dendrimers.

"We found that upon mixing of proteins with fourth-generation dendrimers, the self-assembly of multilayer nanofilms 200-700 nm thick occurs. They can be adjacent to glass or plastic surfaces, as well as be formed at the liquid-air interface," says researcher Vladimir Muronetz.

Scientists have conducted experiments on the incorporation of enzymes into the composition of nanofilms—lysozyme, which destroys bacterial cell walls, and several types of proteinases break down proteins. The researchers concluded that in the composition of nanofilms, these proteins are able to preserve activity for about two weeks. This two-component system is resistant to the action of cleaning agents and changes in the medium acidity, and is generally stable during storage. However, the main advantage of the produced films is the simplicity of their synthesis, which relies on self-assembly.

"We believe that protein-dendrimer films are promising materials for creating biosensors, and can also be used in medicine as bioactive dressing material," concludes Vladimir Muronetz. 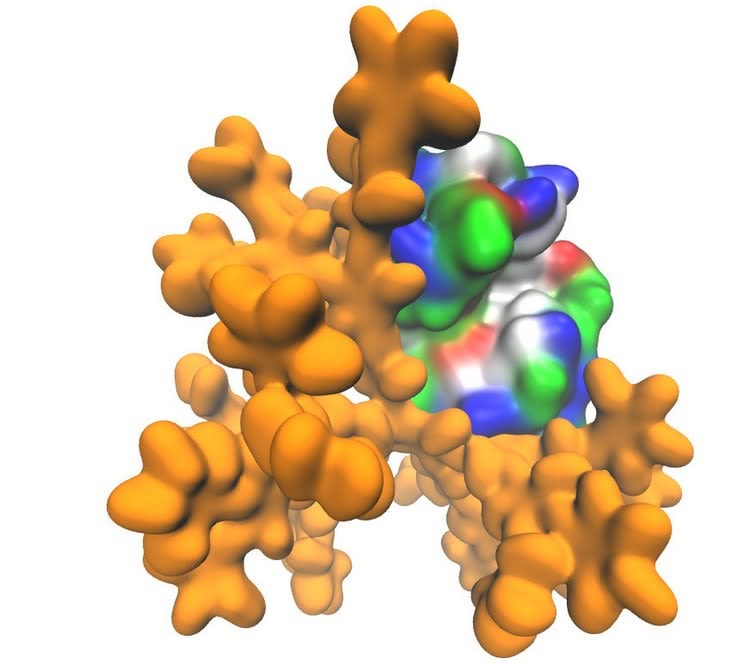