2014-05-20
Tweet
Interpack 2014 was characterised by an outstanding atmosphere prevailing amongst the approx. 2,700 exhibitors and 175,000 visitors in the 19 halls of the completely booked Düsseldorf Exhibition Centre. The signs for this were already apparent at a very early stage of the world’s most important trade fair for the packaging sector and its associated process industries.

The exhibitors at interpack 2014 met with numerous high-ranking visitors from all over the world already from the start of the trade fair. Many companies experienced such a rush that their stands reached their capacity limits several times. Visitor interest and qualification as well as their willingness to invest is said to have been clearly higher yet again than at the already excellent previous event. A great many exhibitors rated the concrete business deals and sales concluded – part of which were absolutely spontaneous – as particularly positive.

Commenting on this, Friedbert Klefenz, President of the interpack Exhibitors' Advisory Board 2014 and President of Bosch Packaging Technology, said: "We are very satisfied with the quantity and quality of visitors at our stand. The interest taken in our technologies that make a vital contribution to global health and nutrition was enormous. We are pleased with the high number of leads produced, including many top executives and potential new customers. Similar comments came from other exhibitors. We were equally thrilled by the high number of international visitors and exhibitors – some 75% of the exhibiting enterprises were headquartered outside Germany. With this interpack has confirmed its reputation as the world’s leading trade fair for the packaging sector."

"Interpack has provided impressive proof of its leading international role yet again this year. This success confirms our fundamental philosophy of addressing the international industries in their respective markets in a very targeted manner – already in the run-up to the event thereby bringing them to their most important event in Düsseldorf every three years", explained Werner Matthias Dornscheidt, President & CEO of Messe Düsseldorf. 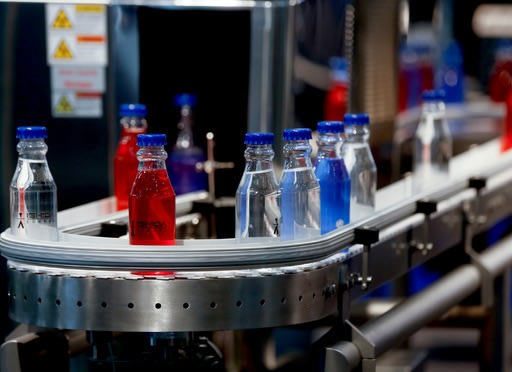