2018-03-29
Polish version
10 years have now passed since the former Battenfeld Kunststofftechnik GmbH in Kottingbrunn was integrated into the Wittmann Group.

The integration of the former Battenfeld Kunststofftechnik GmbH into the Wittmann Group on 1 April 2008 marked the beginning of a new era for today’s Wittmann Battenfeld GmbH. In the course of the last 10 years, the company’s entire product portfolio has been renewed and its capacity at the Kottingbrunn plant substantially expanded in several construction phases. With its new machines from the PowerSeries, which stand out by their compactness, precision, repeatability and energy efficiency, the company has successfully built up a strong market position over the last 10 years.

As a part of the Wittmann Group, Wittmann Battenfeld is now able to offer not only machines but also the entire range of peripherals from a single source. What is more, with Wittmann 4.0, the company’s customers now have access to the Wittmann Group’s answer to Industry 4.0, the option for complete integration and operation of both the machine and its peripherals via the Windows-based Unilog B8 machine control system, using the Witmann 4.0 network. 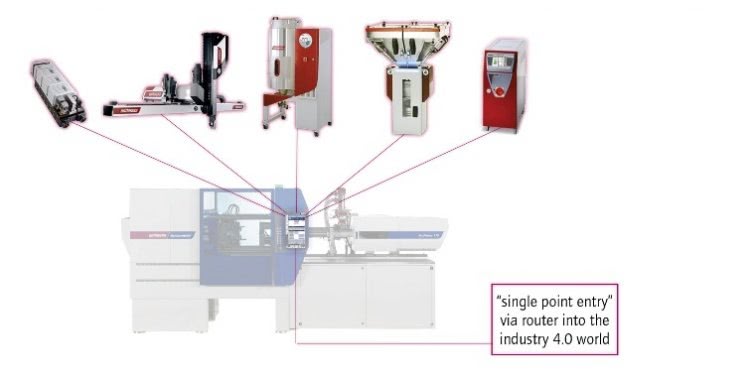 Wittmann Battenfeld will celebrate this anniversary on 13 and 14 June of this year at its facility in Kottingbrunn. On these two days, the company’s customers and partners will have an opportunity to learn more about its development over the last 10 years and view the achievements of this decade with their own eyes in the form of numerous exhibits and a guided tour of the Kottingbrunn plant. In several “Expert Corners” the visitors will also have an opportunity to learn interesting details about some aspects of process technology.

In the keynote speech held by Prof. Dr.-Ing. Johannes Schilp, the structure of cyber-physical production systems will be presented and the benefits derived from their implementation will be illustrated by a practical example.

Georg Tinschert, who has been CEO of Wittmann Battenfeld since the beginning of the company’s new start and has played a decisive role in shaping these last 10 years, is looking forward to celebrating this event with his business partners.