In response to the continuing positive order situation and, above all, strong demand for its new large machine model, the MacroPower, Wittmann Battenfeld has decided to increase its production capacity in 2012.

The MacroPower, the company’s large machine model introduced for the first time in 2010 and now available with clamping forces ranging from 500 to 1,100 t, has met with an extremely positive response from the market.

Wittmann Battenfeld expects that the strong demand for this machine series, which stands out by its compactness, modularity and high speed, will continue into the future. Due to the good order situation, the facility was already utilized to full capacity in 2011, and the start into 2012 also looks very promising.

The company has therefore decided to extend the production and warehouse areas at the Kottingbrunn facility by 3000 m². The assembly capacity will be increased by roughly 1,600 m² with a new building, the pre-assembly and warehouse capacity has already been expanded by about 1,400 m² through remodeling existing buildings. 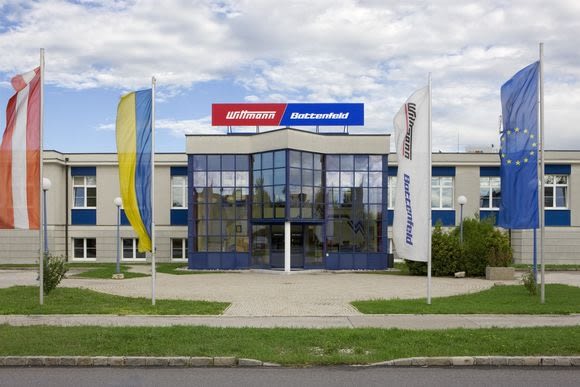 The extension of the assembly space will be implemented by adding a new bay to the existing assembly hall. The entire equipment of this new bay will be laid out for producing large machines and thus complement the current assembly area. The planning phase has already been initiated, construction will start in spring. The new hall is expected to be completed by the end of September 2012.

Due to the expansion of the Kottingbrunn facility, it has been decided to shift the Competence Days, originally planned for spring 2012, to a date in autumn when the new hall will be completed.