2018-07-12
German version
The increasing complexity of elastomer parts poses a couple of new challenges for injection molders. Because of economical and ecological aspects, cycle times and scrap output should be as low as possible.

The new simulation approaches, featured in Sigmasoft Virtual Molding, enable the injection molders to design their parts, molds and processes in the early development phase, thus finding the optimal concept to meet all requirements by balancing part and mold design as well as process configuration.

The example at hand illustrates one of these newly arousing problems. At the beginning of the development phase the questions for the ideal part filling and a suitable concept for connection and sprue came up. At the same time the part should be filled with as little pressure as possible. A first part and sprue design allowed the low pressure demand (Figure 1, left), however, the filling behavior showed significant imbalance.

The first measures taken into consideration were a changed number of gates, altered gate thicknesses and different hot runner positions in relation to the gates. Instead of testing the numerous possible combinations of these measures using trial-and-error on the computer manually, a virtual DoE (Design of Experiments) was conducted.

Based on filling time difference and pressure demand of the part’s ends, every possible combination was evaluated simultaneously. 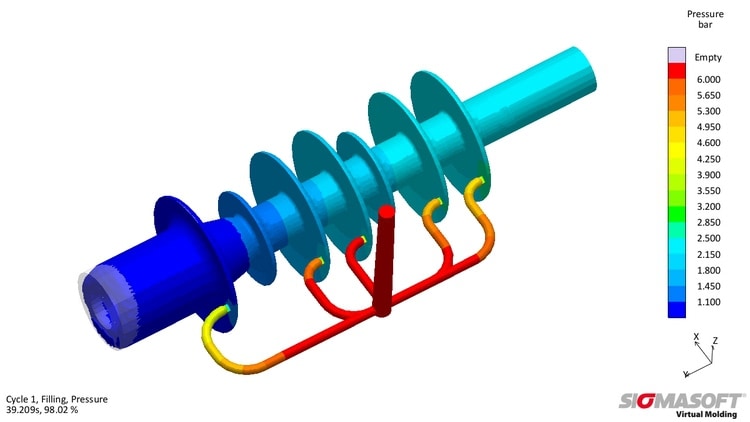 Fig.1 Distribution of pressure while filling in the original design, the runner system causes a distinct unbalanced filling
First checking the variations of quantity and thickness of the gates does not lead to the desired success, since there is no clear correlation between these two variables, the pressure demand and balanced filling in evidence. Changing the position of the sprue in relation to the gates leads to a distinct alteration of pressure demand and filling time difference at the part’s ends. Because both correlations act contrary to each other, the two assessment criteria need to be weighed out against each other in order to determine the best design possible.

In the example at hand, the balanced filling of the part was rated higher, leading to a final design which focuses on this aspect despite having a slightly higher pressure demand (Figure 2). 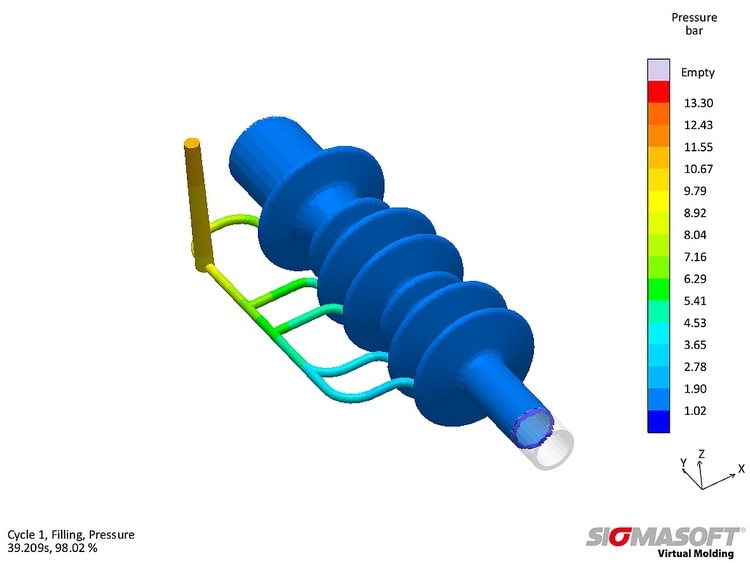 Fig. 2 Pressure distribution in the virtually optimized version; the slightly increased pressure demand leads to a more balanced filling behavior
Therefore, Sigmasoft Virtual Molding was able to find the best compromise between different criteria, leading to the optimal design possible under the given circumstances. The virtual mold design in an early development stage eliminated the need for mold changes, thus increasing the part quality substantially.

SIGMA is 100% owned by MAGMA, the world market leader in casting process simulation technology based in Aachen, Germany.