Largest consumers of polymer materials in Russia are automobile manufacturers. R&P Polyplastic is the absolute leader in the industry - this company has supplied 33% of all compounds for the auto industry. 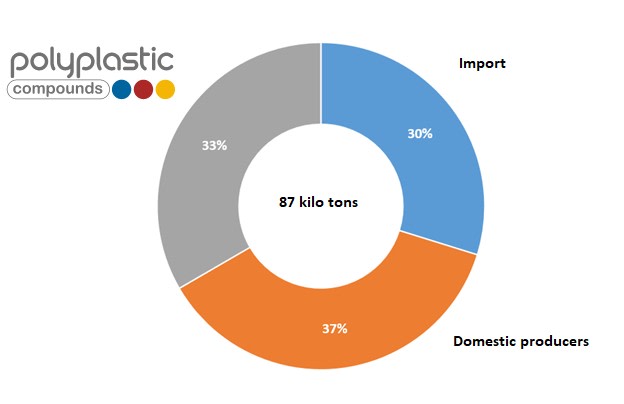 In Q1, the company paid special attention to development of low halogen materials for fibre-optic and power cables. Furthermore, R&P Polyplastic is completing tests of materials for oil-submersible cables. As a result of this research the company took part in the Cabex 2019 cable exhibition and came to an agreement about testing and commissioning the abovementioned materials at production sites of leading domestic cable producers.

Director General of R&P Polyplastic Alexander Pavlov told about the results of the production sites. Output plans have been implemented by 102.9%. The Lean Manufacturing program also led to significant achievements. Increase in productivity led to 1.5% energy conservation.

Despite significant efforts to increase the turnover, including export shipments revenue target plans could not be achieved. The primary reasons for that are high costs of raw materials and growing administration costs related to transportation costs and higher staff costs. However, the company expects to implement management plans in the first half year after stabilizing negative factors. This instills confidence in positioning R&P Polyplastic as the leader of Russian compounding industry.