The new production facility in Gastonia, North Carolina, will have an initial capacity of 20,000 metric tons per year. It will be the first compounding facility for the Lanxess high-tech plastics Durethan and Pocan in the United States. Basic polymers, such as polyamide and polybutylene terephthalate, are mixed and refined with additives in the compounding facility to produce Durethan and Pocan as per customer needs.
The facility represents an initial investment of Euro 10 million and is expected to create up to 55 new jobs locally. Construction is expected to commence in the second quarter of 2011 and production is scheduled to begin in 2012. 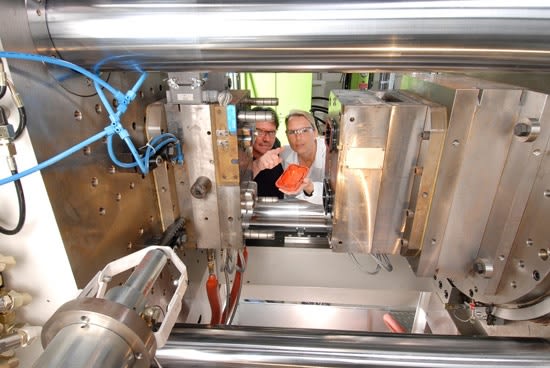 “The U.S. is the largest market for high-tech plastics, with the automotive industry at the forefront. It is here that increased CAFE fuel efficiency standards are driving demand for these advanced materials,” said Werner Breuers, Member of the Board of Management of Lanxess.

The automotive industry is the largest customer for the Semi-Crystalline Products (SCP) business unit, which produces Durethan and Pocan. These highly innovative products allow for the design of lighter-weight plastic parts to replace metal parts in automobiles, contributing to fuel efficiency and reduced emissions. In addition, Durethan and Pocan enable carmakers and car parts suppliers to achieve considerable savings through cheaper production and easier assembly.

Lanxess and U.S. chemical company DuPont plan to double the capacity of their joint compounding facility for polybutylene terephthalate (PBT). The partner companies will invest an extra Euro 10 million in the facility in Hamm-Uentrop, Germany.

The expansion is expected to create nine new jobs in addition to the 70 positions already in existence. Production is scheduled to begin in 2012. The plant is one of the largest of its kind in the world and was opened in 2004.
Read more: World 131 Investments 450