2011-03-16
Tweet
The target rate for the recycling of plastic packaging in Great Britain is supposed to increase in the next two years from the current rate of 29 percent to 32 percent. The target rate for steel will increase from 69 percent to 71 percent. The new standards are supposed to ensure that the United Kingdom reaches the goals formulated in the EU Packaging Directive.

The British Ministry of the Environment Defra announced these figures for the national packaging sector for the years 2011 and 2012. The target rates for other packaging materials such as paper and cardboard (69%), glass (81%) or aluminium (40%) are supposed to initially remain at their respective levels of 2010.

An initiative, the “Waste & Resources Action Programme” (WRAP), owing to a cooperation of retailers, companies in the processing industry and suppliers, is supposed to contribute to the quantity of packaging waste being reduced in Great Britain. The publicly financed initiative will support the government to attain the goals of the 2008 UK Climate Change Act, according to which the CO2-emissions are supposed to be reduced by 34 percent by 2020 and by 80 percent by 2050. In addition, WRAP will be supported by the retail association British Retail Consortium and by the Food and Drink Federation. 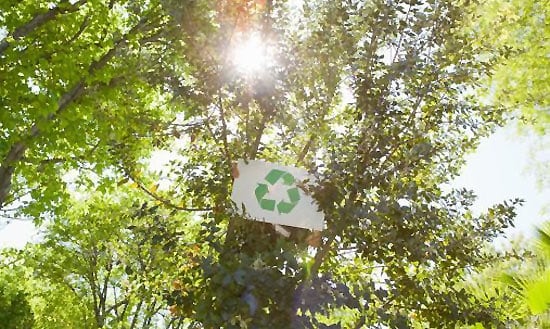 The Courtauld Commitment of the WRAP Initiative, which was founded in 2005, currently has 42 companies as members, including leading retailers such as Alliance Boots, ASDA, Marks & Spencer as well as manufacturers such as, for example, Coca-Cola, Nestlé UK or Cadbury. The main concern during the first phase (Courtauld 1) was initially to reduce the quantity of food waste and primary packaging waste in the municipal waste.

The second phase of the Courtauld Commitment (Courtauld 2) started in March 2010 and is supposed to still run until December 2012. It builds upon the first phase, but has reducing packaging waste as its main goal. The main focuses are the reduction of the weight of the packaging waste and the reduction of CO2 emissions in the packaging industry. By the end of 2012, they are supposed to be reduced by at least ten percent in comparison with the values of 2009. This is supposed to be achieved above all through the increasing of the recycling rates of packaging.

Additional points on the agenda: Reducing food and beverage waste in the households by four percent by the end of 2012 while the food and packaging waste, which is created during the supply chain for the foodstuff industry, is supposed to be reduced by five percent.

A concrete example is the recycling of beverage cans. A high percentage of them are already being recycled in many European countries and are considered to be the most recycled beverage packaging in the world. In Great Britain, the “Beverage Can Makers Europe” (BCME) Association supports various collection projects; among others, the promotion of recycling is also underway with “Every Can Counts”.

In the spring of this year, the “Waste Review” is also supposed to be issued in which the target rates for the individual rates for the individual sectors after the year 2013 are supposed to be published. However, the following criticism was already made last fall by the British packaging association PAFA: The British recycling infrastructure can hardly keep pace with the increase in the target standards for plastic packaging and steel. 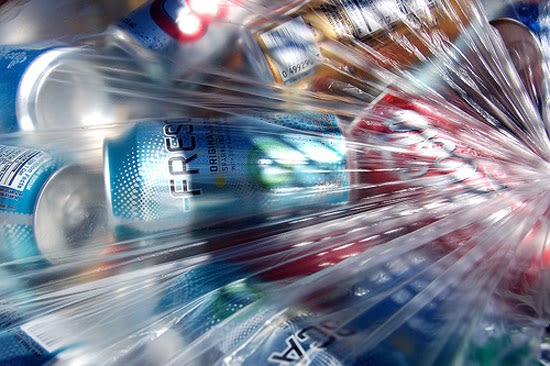 According to the data from Germany Trade & Invest (gtai), more than ten million tons of packaging are handled annually on the British market. Approx. half of this is for private households. In total, packaging waste makes up approx. 20 percent of overall household waste quantities. The remaining five million tons of packaging are used in the commercial and industrial sectors. They make up approx. ten percent of the overall waste for packaging.
Read more: Recycling 406 Technologies 303 Waste and pollution 95