2011-10-21
Tweet
Engel will generate the highest turnover in the company's history in the current fiscal year, which ends in March 2012.

The current capacity utilisation and order books at Engel 's facilities worldwide have developed in such a positive way that turnover will increase by more than 30 % compared to last year.

Following a turnover of 616 m Euros in the fiscal year 2011, the group will generate around 740 m Euros of turnover in the current fiscal year 2012. The business could be increased in all national markets, especially in Asia. The considerable increase in Asia is mainly due to successful marketing of the Engel duo series, which is manufactured by Engel China. This year, one in four large-scale machines deployed in the relevant markets in Asia - taking European and Japanese competitors into consideration - will be produced by Engel. The worldwide sales in the field of linear robots have also experienced a substantial growth. Engel will sell 1,200 automation units in this product sector for the first time this fiscal year.

To further improve the efficiency, quality and capacity of its works, Engel invested some 50 m Euros in the current fiscal year. The main investment of around 37 m Euros went into extending the Schwertberg facility, and into new processing machines at the St. Valentin large-scale machine works. Additionally, capacity was increased at Engel Shanghai, and the extension of the automation centre at Hagen/Germany was begun. 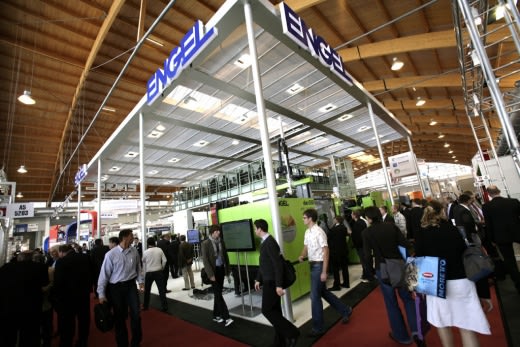 Engel will continue to consolidate its market position this year and in the years to come. The main objective is to promote industry competence in the medical, teletronics and packaging markets and to continue extending market share worldwide. The most pronounced positive influence on the demand for injection moulding machines in the larger clamping force ranges will come from lightweight construction. Engel intends to invest in a targeted way to do justice to the topic of lightweight construction as a future innovation with its product portfolio and application competence.

Engel's sales focus will be clearly on the future promise of growth markets in the BRIC countries, Brazil, Russia, India and China. Sales consultancy competency has been enhanced in these countries and the market share has seen considerable growth.

As a family managed company, Engel emerged from the crisis with a policy of targeted development. Consistent investment in production locations and the sales structure, and the ongoing development of the product portfolio, have led to both positive development of the sales, and helped to acquire new business in the last three years.
Read more: Market 470 Sale 72 Machines 479