Petri dishes belong to the standard consumables in biochemical laboratories. In order to be able to optically analyze the micro-organisms and cells grown in the dishes, the plastic dishes must have a high level of transparency, optical clarity and a flat bottom. An Engel victory 1350/300 injection moulding machine will meet this challenge at Chinaplas. In an 4+4-cavity mould by Plastisud (Castelnaudary/France) eight upper and lower parts of the petri dishes will be produced out of polystyrene in every cycle. The parts are removed in pairs fully automatically, fitted together, stacked and prepared for packaging. Engel achieves such a high level of process integration together with its systems partner Hekuma (Eching/Germany). In medical technology, automation plays a decisive role in achieving high levels of process and product safety. That is because manual interventions represent the greatest risk of contamination in the clean room.

Thanks to Engel bar-tie-less technology, this manufacturing cell even fits within a small area. On the one hand because, thanks to the barrier-free clamping unit, the large mould fits in comparatively small machines. And on the other hand because the automation can be placed very close to the mould. The handling arm can directly access the mould area from the side. 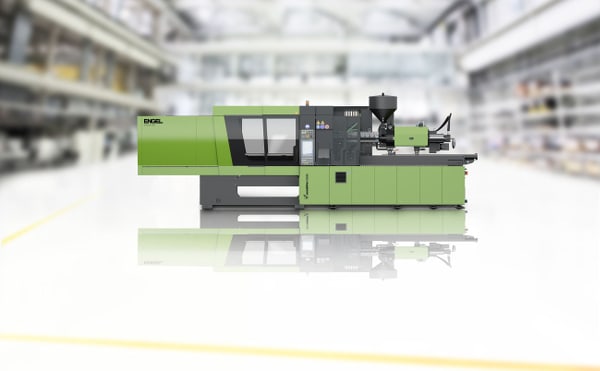 Process integration and automation are crucial to increasing efficiency in injection moulding production. At the same time, however, they make the manufacturing processes more and more complex. Making the operation of highly-integrated and automated production processes easier, more comfortable and safer was therefore the declared goal of Engel in the development of its new control unit generation CC 300, which will be presented in Asia for the first time at Chinaplas 2014. The new features include the extra-large 21" multitouch display with a new and clearer structure, separate views for each task, which eliminate operator errors in full-feature scope, and the central control button e-move that gives the operator a feeling for the machine in spite of the multitouch functionality. By being rotated, e-move enables all machine and robot movements to be controlled millimetre by millimetre and in a speed-sensitive manner.

"We're setting a new trend with the CC 300," says Gero Willmeroth. "The feedback from our test operators has been extremely positive." One main reason has been that the operators are able to figure out the new control unit immediately. The basic principles that operators appreciated in the previous model have been retained. In addition, user technologies that have since become standard were transferred to the demands of the injection moulding processes - for example, the intuitive gesture controls found in smartphones. 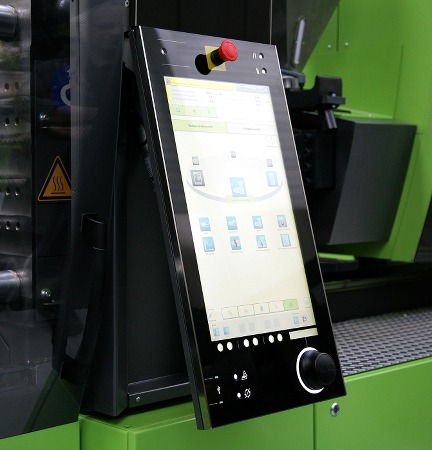 "The control unit of the manufacturing cell has long since become an important factor in efficiency," Willmeroth stresses. "With our new CC 300 we can support our clients in maximizing the full potential of integrated system solutions while increasing process safety at the same time, even when the level of qualifications of the employees are low."