2009-10-05
Tweet
Drinktec 2009 has gathered together the top decision-makers in the international beverage and liquid food industry in Munich and in doing so has given the sector renewed impetus.

Virtually all the CEOs and Presidents from companies around the world turned out here, was the unanimous opinion of the exhibitors, all of them praising the "extremely high" quality of the visitors. Intensive talks were held at many stands, laying the foundations for upcoming investment decisions; many of the exhibitors reported they had signed up business agreements at the fair. Even though the climate as regards investment is still cautious, drinktec 2009 has marked a turnaround in decision-making.

Drinktec confirmed its reputation as the world´s most important business and information platform for the sector in impressive style. It is the world 'summit' for the beverage and liquid food industry – in this, too, exhibitors and visitors alike were agreed. Volker Kronseder, Chairman of Krones AG and President of the Advisory Board of drinktec 2009, described how he saw the mood in the halls: - People are no longer paralysed with shock, life is coming back into the sector.

It is a view he shares with many of his colleagues in the sector. Menno Holterman from Norit also sees light on the horizon after drinktec 2009. - There´s more appetite for investment again, so long as the ROI is right. We have signed up a number of contracts. 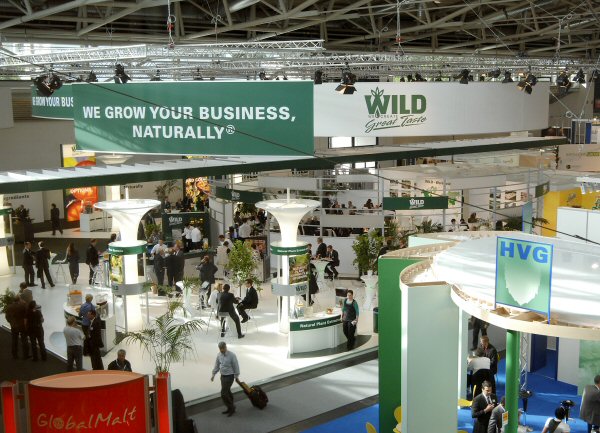 Wherever you looked in the twelve exhibition halls at the fair, the general picture was one of interested professionals from all parts of the globe, seeking out innovations, finding out about machinery and plant, and conducting intensive business talks and negotiations in the exhibitors´ offices and in the VIP lounges. In all areas of the exhibition the emphasis was on cost-saving and sustainable solutions. At the stands it was clear that visitors from outside Germany were in the majority.

- There was a noticeably high number of visitors from China, India, Japan and Latin America - was how Marcus Ley from Ecolab put it, for example. He summed up: - Quality not quantity" - this assessment was one often expressed by the exhibitors, when commenting on the quality of the visitors.

A glance at the visitor numbers confirms the picture seen in the halls. In terms of international representation, drinktec was able to expand still further, from an already high level. 33,000 trade visitors journeyed to Munich from abroad; they came from a total of 170 countries. This again significantly raised the proportion of international visitors to 55 percent. There were particularly strong rises in visitor numbers from China, India, the US, South Africa, Mexico and the United Arab Emirates, and from South America and Africa. In terms of visitors from Germany, however, the figures reflected the expected fall. Around 27,000 visitors in total came from Germany. Overall, over the six days of the fair, the trade fair attracted around 60,000 visitors.

- In terms of the exhibitors´ assessment, the drop in the number of German exhibitors played only an insignificant role. The critical factor for them, as regards the success of their participation in the fair, was visitor quality and the fact that the visitors came from all parts of the world – this was the overriding view of the exhibitors. Jürgen Henke, Marketing Manager at the GEA Group, summed up the event as follows: "You can´t measure the success of a fair on visitor numbers alone. drinktec is the key communication platform for our sector, it is the melting pot of the beverage industry worldwide. This is where we all meet up."
Read more: Fairs 866 Packagings 817