Very innovative bottle made by Pepsi

2011-03-16
Tweet
PepsiCo Inc has developed a bottle made from plant-based, renewable resources that is fully recyclable, and will start using it in a test program next year.

The company’s new “green” bottle is currently being made from materials such as switch grass, pine bark and corn husks. In the future, components for the bottle may include orange and potato peels, oat hulls and other byproducts left over from the company’s food business.

PepsiCo’s chief scientific officer told the Reuters Food and Agriculture Summit Monday that the company was working on ways to reuse such waste.

On Tuesday, PepsiCo announced that it has found ways to create a molecular structure identical to petroleum-based PET for a bottle that looks, feels and protects products just like existing PET containers.

The company said it would pilot production of the new bottle in 2012 and then move to full-scale commercialization if it was successful.

Rival Coca-Cola Co already produces a “plant bottle,” which is 30 percent made with sugar cane. It is expanding use of that packaging and efforts to convert the remaining 70 percent of its bottle to a plant-based material. 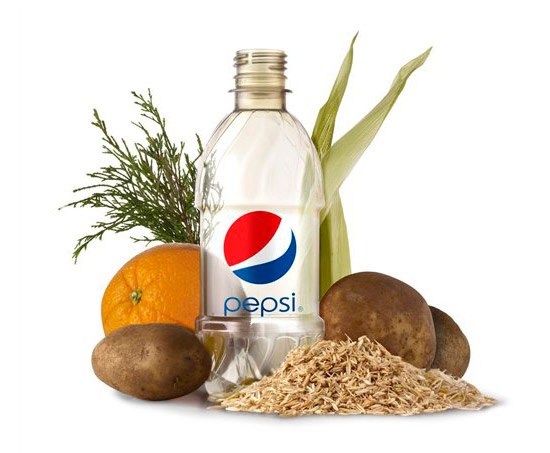