Upswing in the Italian plastics and rubber processing machinery industry

2011-10-13
Tweet
It was excellent half year in the Italian plastics and rubber processing machinery industry.

According to the figures analysed by Assocomaplast (the Italian association, belonging to Confindustria, that groups together some 170 manufacturers of machinery, moulds and equipment for plastics and rubber), in the first half of 2011 Italian exports in this sector grew exceptionally well, up approximately 22% relative to the first six months of 2010, to reach an estimated value of nearly 1,120 million euro, based on which it is projected that total foreign
sales for the current year will amount to at least 2,300 million euro.

According to Assocomaplast president Giorgio Colombo: "The strong performance recorded this year is the fruit of intensive sales actions undertaken by SMEs in this sector which, in the wake of the 2008-2009 global financial crisis, redoubled their efforts to penetrate the principal destination countries, also with the help of foreign promotion funds made available by the
trade association. Among these actions, it is worth mentioning the B2B meetings organised in the first months of this year in Russia, Brazil, Mexico, Hungary, Romania and China."

"In China and Russia, our association has also, starting from around one year ago, been operating two "liaison offices" in Beijing and Moscow that provide information and services to interested Italian companies. Meanwhile, in India (a market that offers substantial potential for exports in this sector, also in light of its fast growing imports of plastics processing equipment), jointly with the UCIMU association of machine tool manufacturers, we have set up a fully-fledged “platform” for concretely assisting companies seeking to enter the large and promising Indian market, helping them to overcome the complexities that have until now held back many Italian SMEs.” 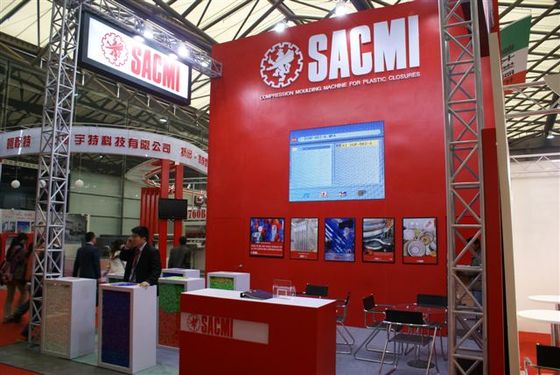 The success of Italian plastics and rubber machinery manufacturers - who have for decades, alongside their German counterparts, been among the top global exporters - can be ascribed to the technological innovation offered to users. "In this connection", says Colombo, "the level of application research undertaken by our companies is evinced by the great number of inter-
national patents (over 600 fully valid today) held by Italian firms in this sector, describing original and optimal solutions for the manufacture of products and for the recovery and recycling of post-consumption plastics and rubber products.

Looking at the performance of the main categories of machinery, once again a significant contribution to foreign sales has been made by extruders, accounting for 11% of the total, and up 17 points relative to the first half of last year, while flexographic printers likewise achieved a +20% rise.

An even stronger recovery is that of injection moulding machines, whose export turnover rose by over 50 points. Generally speaking, all the machinery categories have shown a positive trend, with the majority reaching double-digit rises.

A look at the macro-destination regions for foreign sales, over a wider time period spanning the past three years, reveals that the Americas (and particularly South America) and the Far East have recorded the strongest trends: in fact, exports to the New World were up on average by 3%, while those to the Far East showed an increase of 7 percentage points, driven chiefly by the rise in sales to China. During the first half of the current year, the Chinese market was the third most important destination for Italian exports in this sector, accounting for a 6.2% share of the total exports, and up by 24% over January-June 2010.

Exports within Europe also showed a marked rise relative to the first half of 2010, with a notable upswing of 30% within the EU, although the trend appears flatter on average over the three-year period.

The Near and Middle East, obviously also as a result of the socio-political instability of the past few months, showed a decline in the first half of 2011 relative to one year previously (-5%), and an even more negative trend for the three-year average (-20%). A comparable decline appears in sales to the African continent, as also towards the marginal region of Australia/Oceania.

Looking now at the ranking of individual destination countries, in the top places we find, firstof all, Germany (with an approximately 15% share of the total), followed by France, China, the United States and the CIS, all markets which have for many years now accounted for over 1/3 of total exports, and which showed double-digit increases relative to the first half of 2010. A separate mention goes to Poland, toward which Italian exports of rubber and plastic
processing equipment recorded a 70% rise compared to January-June 2010.
Read more: Market 470 Machines 478