2014-12-22
Tweet
In its headquarters in Cologno Monzese Negri Bossi conducted a tool trial with a 24 cavity mould for Capsol Spa, a European producer of plastic caps, who have their headquarters in Bulciago (Lecco).

The CEO, Mr. Ivan Rovelli, could see that the JANUS 210‐850, with its accumulators as standard, was suitable for this kind of production (fast cycle times).

The part is a 35mm diamenter screw cap for food with a tamper proof seal which is easily produced compared to others on the market, producing 2.6 g with a cycle time of 5.5 sec. The plastic material used is HDPE mfi 2 for food.

The total performance throughout the trial was extremely accurate as was the energy saving compared to a traditional type of production. 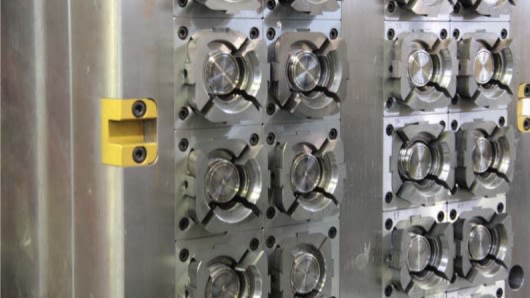