Rubber giant opened its headquarters in the Netherlands

2016-06-24
Arlanxeo Holding B.V. officially opened its new corporate headquarters in Maastricht, Netherlands. From now on, one of the global leading companies for synthetic rubber will control its operations around the world from Maastricht.

"After the launch at the beginning of April, the opening of our headquarters is the next step toward establishing Arlanxeo," said Jan Paul de Vries, Chairman of the Arlanxeo Executive Board at the opening ceremony. "In Maastricht, we have found the perfect international location that is also in the immediate vicinity of our company's key European production sites. It offers outstanding conditions for Arlanxeo to strengthen its position as the key player in the global synthetic rubber market."

Arlanxeo was established on April 1, 2016, as a joint venture of Lanxess - a world-leading specialty chemicals company based in Cologne, Germany - and Saudi Aramco - the world's largest integrated energy enterprise headquartered in Dhahran, Saudi Arabia. The two partners each hold a 50-percent interest in the joint venture.

Twan Beurskens, Regional Minister of Economic Affairs of the Province of Limburg, Netherlands: "We are delighted to welcome a strong company such as Arlanxeo to our region. Maastricht is the gateway to Europe and is among the most important global and economic centers in the Netherlands."

"I am excited that Arlanxeo has chosen to make Maastricht its base, and would like to extend a warm welcome to all employees," said Annemarie Penn-Te Strake, Mayor of the city of Maastricht.

I firmly believe that the employees will find Maastricht to be an attractive, high-quality city to live and work in."

The new group headquarters 'De Colonel' in the heart of Maastricht will house central leadership functions as well as the management team. 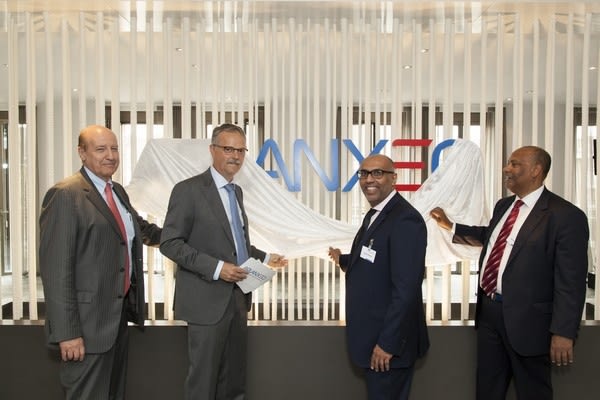