2012-06-21
Tweet
For the first time in its history, Engel Austria’s turnover exceeded €800 million in fiscal year 2011/2012. Two factors in particular have contributed to the upsurge: the introduction of the energy-saving Engel ecodrive option and the consolidation of system solutions.

With global sales of €834 million, 2011/2012 was the most successful fiscal year in the history of Engel Austria. Having generated just €358 million in 2009/2010 (the year of the crisis), turnover increased by 72 percent to €615 million the following year and has now risen by another 33 percent. “We have achieved this by consistently tailoring our products and system solutions to the specific needs of markets around the world and focusing on five target sectors – the automobile, packaging, medical, technical moulding and teletronics sectors”, stresses Dr. Peter Neumann, CEO of Engel Holding. “We are continually following the big trends on the plastics markets to ensure critical competitive advantages for our customers.” 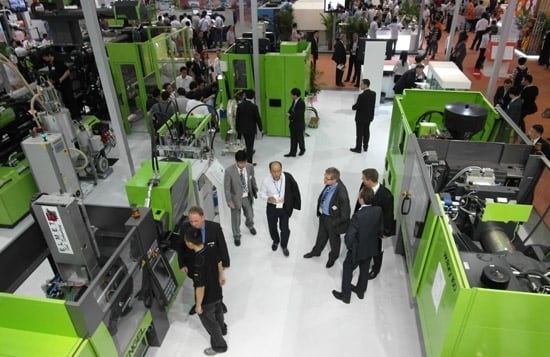 Lightweight construction is another mega-trend: Engel has already laid down an important marker in this area with the Engel organomelt process for manufacturing composite fibre components in a single process step, as well as developing new concepts for insitu polymerisation. By establishing a technology centre for lightweight composites in St. Valentin, Engel is now aiming to forge ahead with composite fibre technology together with its partners. The focus here is on highly integrated, automated manufacturing cells for the efficient and cost-effective production of innovative composite fibre components.

During fiscal year 2011/2012, the Engel Group raised its global profile in the field of automation engineering. Every second manufacturing cell realised in Europe by an injection moulding machine builder is now delivered by Engel. “System solutions from a single source are becoming very much more important”, stresses Peter Neumann. At the same time, Engel has sold an increasing number of robots that can be used with third party machines or replace old equipment since the launch of the Engel viper linear robot series.

Engel invested €2 million in the expansion of its German base at Hagen, the home of Engel Automatisierungstechnik Deutschland GmbH; the company has thereby addressed the surge in new orders and acknowledged the central importance of the German market. The new hall opened at the end of May. Germany is not only the world’s main driver of innovation in automation, but also Engel’s most important market overall. At the end of this year, Engel will open its fourth German branch in Baden-Württemberg (following on from Nuremberg, Hanover and Hagen).

From a regional perspective, Asia is currently the main centre of growth. Engel generated turnover of €125 million in Asia for the first time in fiscal year 2011/2012. "The demand in Asia increasingly calls for an adaptation of the injection moulding machines and system solutions to the specific requirements.

Thanks to our decentralised, on-site production facilities, we are able to offer clients in the region clear benefits as well as fast delivery times and a quick time-to-market", says Peter Neumann. Engel’s record Asian turnover is largely down to continual investment in the region. The company’s Shanghai production plant for large-scale machines in the duo series officially opened in April, having been substantially expanded at a cost of €12 million; the capacity of the plant for small and medium-sized machines in the South Korean city of Pyungtaek will also be enlarged by the spring of 2013. "In the fast-growing market segment of medium and large injection moulding machines, Engel is now one of the leading vendors in the region," says Dr. Neumann.

India and Thailand are contributing to expansion in Asia to an increasing extent; the significance of the Indonesian and Vietnamese markets will also rise over the medium term.
Read more: Market 470 Machines 478 Sale 72