2018-02-06
“Innovation is key to the future” - this is the motto of Chinaplas 2018 from 24 to 27 April in Shanghai. At its booth, ENGEL will be presenting many exciting applications and technology solutions to demonstrate how innovative injection moulding technologies can help build competitive advantage and secure future viability. When it comes to challenging plastic products, the injection moulding machine producer and systems solution provider based in Austria is among the preferred suppliers of the plastics processors in Asia.

“The investment climate in China is on a new high,” reports Gero Willmeroth, President Sales and Service of ENGEL Machinery Shanghai, in the run-up to Asia’s most important plastics trade show. “Chinaplas will give a further boost to this trend.” Growing competition among the local producers of plastic components is another factor contributing to this positive development. Investment is being made in modernising machinery and new technologies that help to raise production efficiency and product quality.

The exhibition space dedicated to Automotive at the ENGEL booth reflects the trend towards the use of innovative process technologies. This is the first time that ENGEL is presenting a complex multi-component process with interlinked injection moulding machines at Chinaplas. Two duo injection moulding machines will produce LED lenses made of PMMA with a thickness of 22 mm for vehicle headlamps.

Plastic is increasingly being used to produce high-quality optical components. The polymer materials are lighter than glass and offer product designers more freedom. The challenge, however, is to combine high optical quality with highly efficient production. The optimelt multilayer technology developed and patented by ENGEL with external cooling meets precisely that challenge.

Initially, a preform is produced and further layers of the same material added to it in subsequent stages. Overmoulding compensates for any sink marks in the surface of the previous layer and achieves high optical quality. Optical tests have shown that the boundary between the layers has no influence on the performance and function of the lighting optics.

Because the cooling time in injection moulding increases with the square of the wall thickness, the multilayer technology significantly improves efficiency especially in the production of thick-walled components. Several thin layers cool in total faster than one thick layer. If, in addition, the base body of the lens is removed from the mould to cool, the cycle time is shortened further. Cooling in the air takes longer than in the mould, but it does not affect the cycle time.

During Chinaplas, the lens base bodies will be produced on a duo 1060/400 injection moulding machine in a 4-cavity mould. An easix articulated robot is integrated in the production cell and removes the four parts and passes them to an external cooling station. From there the robot takes four already sufficiently cooled preforms at a time and transfers them to the 4+4-cavity mould of the duo 600H/600H/500 combi multi-component machine with rotary table. There, two more PMMA layers are applied successively before easix removes the finished lenses. The cycle time is significantly lower than 3 minutes, although the preforms take around 30 minutes to cool. The cooling time can be controlled via the number of cooling positions in the external cooling station.

The combination of a standard injection moulding machine and a two-component machine is synonymous with very high production flexibility. Both machines can also be utilised independently of the other with different moulds.

ENGEL is presenting the exhibit jointly with system partners including Skymould (Ningbo/China), HRSflow (San Polo di Piave/Italy), Innolite (Aachen/Germany), Opsira (Weingarten, Germany) and Gimatic (Shanghai, China). In order to integrate other peripheral units and moulds alongside its own robots and process technologies, ENGEL has established a worldwide network of system partners. “We have very strong partners locally in China who, like us, are very familiar with the demands of local processors and translate them into optimal solutions,” explains Willmeroth. “By working with local suppliers, we can also guarantee high cost efficiency for challenging applications and keep the delivery time short for the complete plant.” 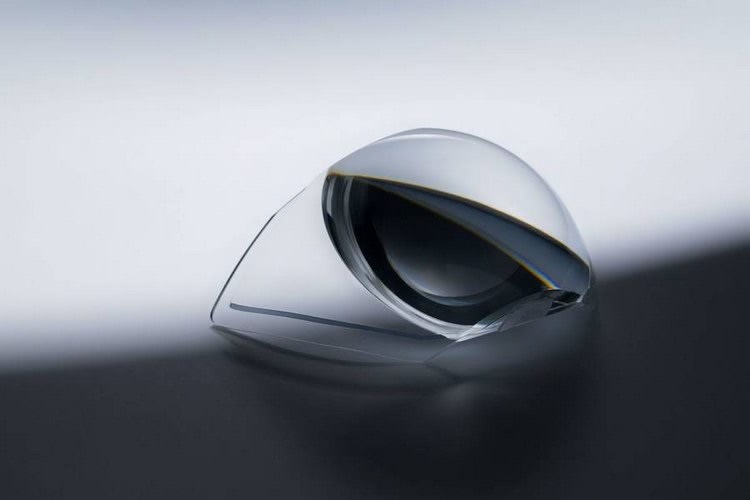