2014-10-13
Tweet
The European composites market is still growing in 2014 - by 2% in the largest segment, glass-reinforced plastic (GRP), which exceeds the expectations of some in the industry. That's the result of the latest market report presented by the industry association AVK at the start of Composites Europe in Düsseldorf. According to the report, steady above-average growth in markets such as Germany, the UK, Ireland and the Eastern European states contributes to the sector's positive outlook. Playing a key role in this area is strong demand from the main customers: the transport and construction sectors.

This sustained upward trend was also reflected at this year's Composites Europe in Düsseldorf, which set new records thanks to significantly higher numbers of visitors (+ 25%) and exhibitors (+ 7%).

Attending the event at the Düsseldorf Exhibition Centre from 7 to 9 October were 419 exhibitors (last Düsseldorf event in 2012: 392) from 27 nations and 10,186 visitors (2012: 8,131). Leading composites manufacturers and processors, equipment manufacturers and research institutes showcased their goods and services at the ninth Composites Europe. The focus of the trade fair, lecture programme and concurrent AVK Conference was on optimising processes that enable high-volume composites manufacturing processes. 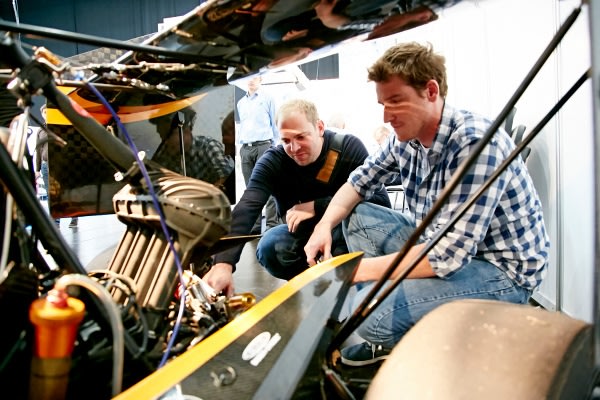 "Above all, the exchange between industry and science is becoming more and more important", says Michael Köhler, the event director of Composites Europe. The trade fair highlighted a range of original ideas at the new "Industry meets Science" special area. Developed in cooperation with RWTH Aachen’s IKV, the event is designed to present cutting-edge scientific developments. Additionally, the trade fair expanded its portfolio of offerings this year by adding a new special area dedicated to biocomposites and exhibition tours centred on wind energy.

"I'm certain the development at BMW opened the door for the boom in the composites sector", says Erich Fries, the director of KraussMaffei's composites unit, adding that the RTM process proved it’s possible to economically produce fibre-reinforced plastics even in large quantities.

This development will also benefit the CFRP market, whose growth rate will stabilise around 10% over the next few years, according to the latest market report issued by the industry cluster Carbon Composites (CCeV). This outcome is possible thanks to steadily increasing demand from sectors such as aeronautics, wind energy, and sports and leisure. Automotive engineering and construction are two more market segments assumed to harbour considerable growth potential.
Read more: Composites 128 Fairs 865 Analysis 101