Accuracy and ease of use of new hot runner temperature controller

A new modular controller for hot runner systems yields an early return on investment by helping molders to increase productivity and reduce maintenance, scrap generation, and peak energy demand, it was announced by Fast Heat Inc.

Designed to control up to 24 zones, the Ion Series system makes it possible to save a large fraction of its initial cost by virtue of its accuracy and operator-friendliness, according to Sean Rainsford, Director of Sales. The key features which he cited are a user interface that is easy to navigate and PID software that takes temperature readings 30 times per second, using that data to maintain temperatures within narrow tolerances.

“The Fast Heat software in the Ion Series controller removes many of the variables inherent with standard modular controllers, and the operator interface is designed so that you are never more than one click away from the main screen at all times,” said Rainsford. “This new system works largely behind the scenes, enabling users to set it and forget it.” 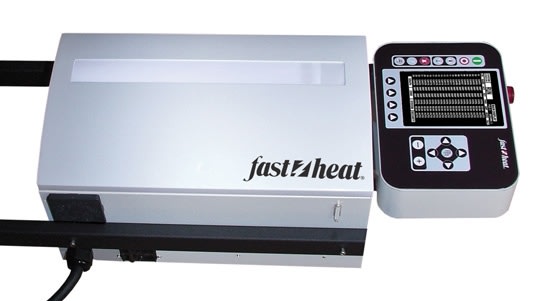 A conservative estimate by Fast Heat indicates that within one year a molder can recover a minimum of nearly US$ 3,500 of the initial cost of the system as a result of these features and capabilities:
Sequenced heating of the tool. The system helps prevent damage to heater seals by heating the largest mass of steel - the manifolds - first, then the drops.
Slaving of zones. When a thermocouple in one zone fails, control of that zone can be automatically or manually switched to another in order to maintain production in the zone where the failure occurred.
Ruggedized circuit boards and components. Use of durable industrial components such as triacs and fuses helps prevent the module repairs that plague many hot runner systems.
Reduction in lost work time and guessing at problems. The simple user interface and the alarm display system eliminate need for operator training and save maintenance supervisors from hours of troubleshooting.
Accurate, self-correcting temperature control. This is a key to reducing scrap due to flashing, stringing, and other molding irregularities.
Waterfall arrangement of zones. The Ion controller reduces peak energy demand by distributing power across all three phase legs.