The same shape was adopted for both still and sparkling water, with just differences in the bases, and deployed for a complete family of four bottle formats.

Although the main format produced on the line is the 1.5 litre bottle, the new line has the flexibility to produce either still or sparkling water in the four different PET bottle formats: 0.5, 1.0, 1.25 and 1.5 litres, to a maximum production output of up to 16,000 bottles per hour. This production level represents an output three times faster than the previous BMV line it replaced. This significant increase in production capacity assisted BMV in serving its national market, as well as providing opportunities for expanding exports in Poland and Russia.

As a means of showing gratitude for the natural resource from which the company profits, together with a sense of responsibility to the environment, society as a whole and future generations, BMV is firmly committed to contributing to the maintenance of ecological balance. Consequently, the company determined to meet several sustainability targets and the introduction of the complete line, coupled with the new bottle designs made a significant contribution.

One of the important environmental concerns is the amount of plastic used to produce the bottles and BMV is strongly committed to reducing this as much as possible. "The company became the first in Lithuania to reduce the amount of PET in its bottles, adopting a short-neck capping system and cutting the use of PET by up to 50 tonnes per year. The new bottles designed by Sidel also contributed to lightweighting the bottles by up to 30%," comments Mr. Pranckus. BMV then took the decision to use only packaging that is recyclable in its bottling, also committing to actually recycle the resulting waste rather than simply passing the responsibility on to others.

Finally, the Baltic producer focused on improving its production equipment wherever possible in order to become even more environmentally friendly. The company intended to reduce the total amount of electrical power it consumes through the implementation of innovative, eco-friendly technologies. "The Sidel Ecoven used within the Combi configuration makes a big contribution to this target and both of the complete Sidel lines significantly reduce the company's consumption of electricity," concludes Mr. Pranckus. 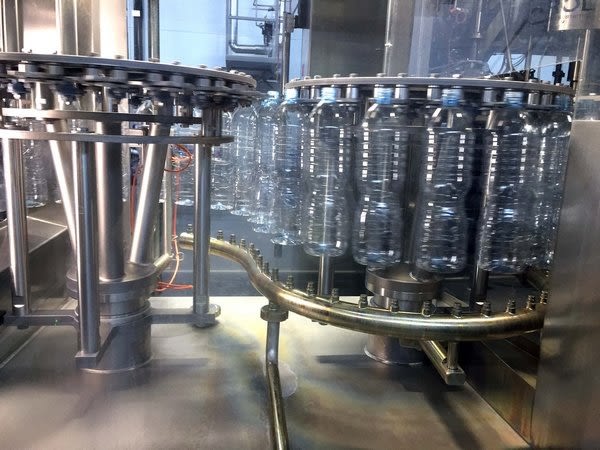