2017-08-01
The EuroPM in Milan, Italy, from 1 to 4 October 2017 is an important date in the calendar for all powder injection moulding specialists. Europe's top industry event, the Arburg PIM experts will be presenting an innovative solution for the metal injection moulding (MIM) of smartphones. As part of this, Marko Maetzig will be giving a talk on the topic "Production of MIM parts with a high aspect ratio".

The EuroPM 2017 convention and exhibition is Europe's foremost event for the PIM industry for exchanging ideas and networking as well as for new technologies relating to PIM processing. "As a pioneer in powder processing, we will be presenting our latest knowledge to a wide specialist audience during 'Session 34 / PIM II – Advanced Processes'", explains Marko Maetzig, who is responsible for PIM process development at Arburg.

The presentation is based on the current development of also using MIM to manufacture larger parts, especially for the 3C (computer, consumer electronic and communication) markets. In line with the trend, Arburg will be giving a presentation on the production of thin-walled parts with a high aspect ratio for smartphone applications at the EuroPM 2017. "This extends the application range of metal injection moulding, which up to now was more likely to be used to manufacture small and complex parts – an area in which Arburg is active and already enjoys an established reputation in various industrial sectors", says PIM expert Marko Maetzig. The main focus when it comes to the manufacture of PIM housings and frames for smartphone is achieving flawless surfaces and minimal part tolerances. The presentation is co-authored by Hartmut Walcher, also from the Arburg PIM team, as well as Martin Blömacher and Sven Fleischmann from BASF SE.

In a joint project with materials manufacturer BASF, Arburg injection moulded thin-walled, stress and segregation-free smartphone backs made from metal powder for the first time worldwide in 2016. The changeable mould used for this is designed so that it can alternatively be used to produce frames as well as backs. The biggest challenges in the injection moulding of thin-walled metal components are complete mould filling and minimising distortion during the subsequent sintering process. The flow-optimised Catamold 17-4 PH Plus feedstock was processed to produce a green compact with a thickness of around only 1 millimetre and a length of 136 millimetres. The cycle time was around 58 seconds. In order to maintain consistent green density over the entire component, the mould is dynamically temperature controlled with a hot runner with liquid temperature control. This produces very good surface finishes, which can subsequently be polished to a high gloss.

Arburg's high level of expertise in powder injection moulding (PIM) is thanks to the company's pioneering position achieved by building up a wealth of knowledge about PIM over many years as well as to the intensive further development of the processing methods themselves. Arburg's headquarters in Lossburg, Germany house an extremely well equipped PIM laboratory in which new application areas for practical use are continuously being developed. All upstream and downstream production steps such as material preparation, debinding, sintering and part analyses can also be tested there. Equipment includes a shear roll extruder, debinding systems, sintering ovens and a device for simultaneous thermal analysis. This comprehensive range is complemented by automation solutions, application-specific consulting and special PIM training courses that are held in Lossburg and around the world where demand requires. 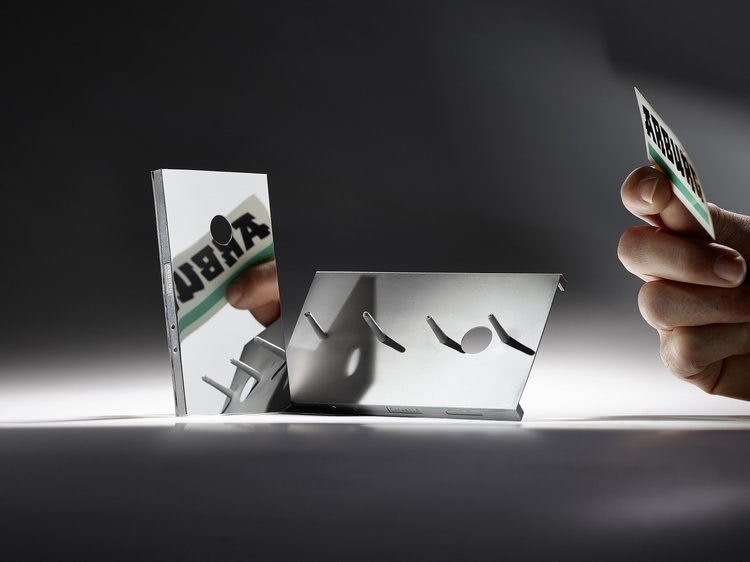 The low-cost powder injection moulding of smartphone backs implemented by Arburg and BASF is unique in the world (green compact on right, high-gloss sintered part on left). Photo: Arburg